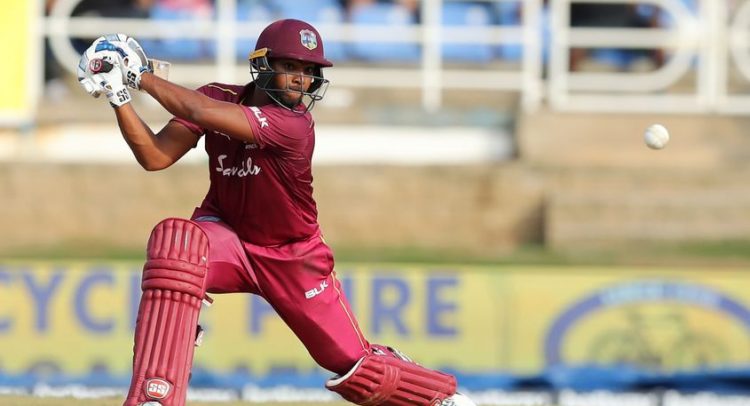 Veteran regional cricket Coach Junior Bennett is expressing surprise that Trinidad and Tobago batsman Nicholas Pooran is not a member of the West Indies contingent for the three-Test cricket tour of England.

West Indies, including 14 frontline players and 11 reserves, are currently in England ahead of the first Test which is scheduled to start early next month.

“I think it [the squad] has a fairly decent balance, but personally speaking, if it’s one thing that puzzled me a bit it was the non-inclusion of Pooran,” Bennett told the Jamaica Observer.

Pooran, 24, a left-hand batsman and wicketkeeper, has played in Twenty20 (T20) franchise leagues around the world since he was a teenager.

He is yet to play a Test match, but is a regular for West Indies in T20 and One Day International (ODI) cricket. His record in ODIs is particularly impressive — a 932 runs tally in 25 matches at an average of 49.05. His lone century, a classy 118, came at the 2019 World Cup in England and Wales.

In the regional four-day tournament, the customary platform for players to vie for selection to the Test team, Pooran has only featured in three matches — all of which came between November and December 2014.

Cricket West Indies, under President Ricky Skerritt, has scrapped the strict guidelines implemented by the previous administration which, barring an exemption, forced Test aspirants to participate in that tournament.

And even if Pooran, who has expressed interest in playing Tests, had planned to reinforce his intent by partaking in the 2020 four-day campaign he was prevented the chance due to West Indies duty.

“I know he didn’t feature in the first class [season], but in terms of his talent he’s one of the players I believe can play all versions of the game,” said the former Jamaica coach.

“He has batted well in the shorter version… and [with] the type of level-headed displays I believe he will do well in Test cricket, and I think he is one we should look to invest in,” Bennett, one of the most successful coaches in the history of regional cricket, added.

West Indies are holders of the Wisden Trophy after surprising England 2-1 in the Caribbean last year.

The return tour to the United Kingdom (UK) was originally scheduled for May to June, but was postponed due to the novel coronavirus, which causes the COVID-19 disease.

The rescheduled matches are to be played behind closed doors in bio-secure facilities to reduce the risk of transmission of the virus which has taken approximately 41,000 lives in the UK and over 400,000 globally.

After the opening Test, set to begin July 8, at Ageas Bowl in Southampton, the teams are booked for clashes at Old Trafford in Manchester, starting on July 16 and 24, respectively.