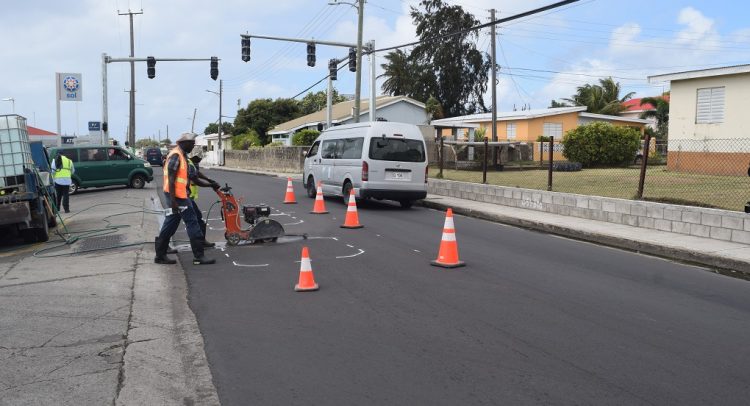 Basseterre, St. Kitts, February 18, 2021 (SKNIS): Engineer at the Public Works Department (PWD), Livingston Pemberton, gave an update on phase two of the traffic lights installation in Basseterre where he said that the project is nearing completion.

We were trying as much as possible to ensure that we regulate the flow of traffic within the Basseterre area for now because this is the concentration for both phase one and phase two of the traffic lights.”

“I would like to emphasize that studies were taken at each intersection and out of those studies then the design for those traffic lights was actually done,” he added.

“A consulting firm named ADeB Consultants out of Jamaica was contracted and they would have done the traffic count and study and out of that, the design would have been implemented to have the traffic lights,” said Mr. Pemberton.

Mr. Pemberton also addressed the concerns of citizens and residents who were critical of the traffic lights being in close proximity to one another.

“For those who are thinking that the traffic lights are too close to each other, it is important for us to understand that when they are actually commissioned that they are flowing in sync,” he said.