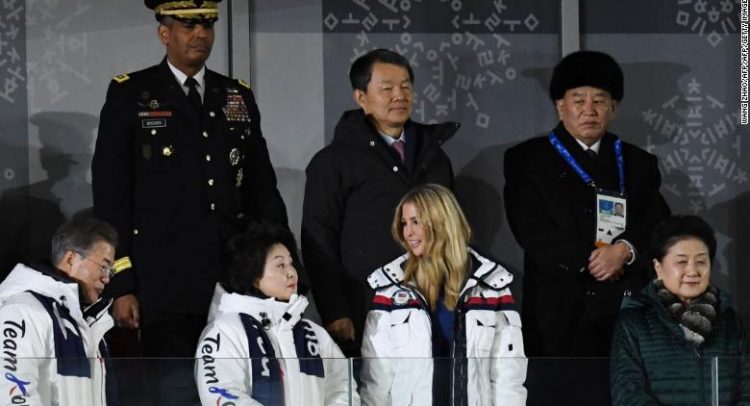 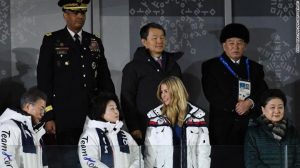 The PyeongChang Olympics have ended with a spectacular closing ceremony that once again saw athletes from North and South Korea marching together.

Preceded by months of mounting tension between North and South Korea and the US, the Games ended with a softening of relations between the two Korean countries, who competed under a united flag.
“The Olympic Winter Games at Pyeongchang has come to an end, but the time of peace will continue,” Korean president Moon Jae-in said in closing remarks distributed by the organizing committee ahead of the closing ceremony.
The showpiece attracted a crowd of 35,000 spectators, including dignitaries such as US President Donald Trump’s daughter Ivanka, to the Pyeongchang Olympic stadium.

Both Korean countries competed as one team in the women’s hockey and marched under a unified flag at the opening and closing ceremonies.
North Korea also sent cheerleaders and musicians to the Games, while Kim Yo Jong, the sister of North Korean leader Kim Jong Un, attended the opening ceremony and met with Moon.
The closing ceremony started with the Olympic Stadium aglow with lights, and the crowd counting down together to say “one,” when performers representing the athletes entered the stadium.
It also featured traditional and contemporary Korean dance, music, puppets, a giant turtle — a sacred animal in Korea — and finished with a thumping dance party for the athletes.
“This celebration of peace that began at Pyeongchang will continue on to the Tokyo 2020 Olympic Summer Games and the Beijing 2022 Olympic Winter Games,” said Moon.
“Here in Korea, we will continue our endeavor to broaden the horizon of peace that began in Pyeonchang.”

The first part of the closing ceremony featured a young guitarist playing from the highest spot in the stadium, and a solo dancer performing Korea’s traditional Spring Dance of Nightingale on the ground stage with the sound of geomungo, a traditional Korean string instrument, resonating through the stadium.
The crowd let out a huge roar when the athletes, many waving flags and dancing with each other, entered the stadium to a live band playing Korean music.
But the biggest cheer was reserved for the unified North and Korean team, who entered the arena together for the second time in 17 days.
The Pyeongchang Games officially ended with the traditional raising of the Greek flag, the lowering of the Olympic flag and the Beijing 2022 flag handover ceremony before the Olympic flame was extinguished.
Share this article:
Previous Post