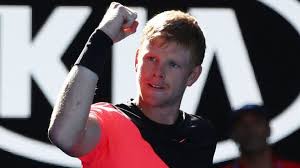 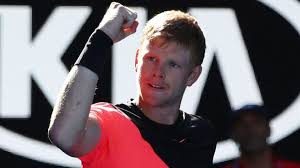 Kyle Edmund will play at the Queen’s Club Championships in June – his first appearance on home soil since taking over as British number one.

The world number 26 moved to the top of the British rankings in March, replacing Andy Murray who had held the position for 12 years.

It will be 23-year-old Edmund’s fourth appearance at the Queen’s Club.

The Queen’s Club Championships, now sponsored by drinks brand Fever-Tree, will be live on BBC television, radio and online from 18-24 June.

Five-time champion Murray also intends to return for the event, which takes place in the build-up to Wimbledon.

The 30-year-old had hip surgery after pulling out of the Australian Open in January, and has targeted a comeback for the grass-court season.

Edmund climbed to a career-high 24th in the world rankings after reaching the semi-finals in Melbourne – the furthest he has ever gone at a Grand Slam.

Injury and illness kept the Briton out of action until this month, when he returned at Indian Wells but lost in the second round to Israel’s Dudi Sela.

Edmund has a bye into the second round of the Miami Open, which takes place this week.

Speaking about competing at Queen’s, he said: “The tournament is one of the best of the year with so much history.

“With Wimbledon just around the corner I really want to see what I can do on the grass. The transition to grass is always a challenge, but I think I’m getting better at it.

“I’ve got another year of experience on the tour and this is an opportunity for me to put that on the court.”