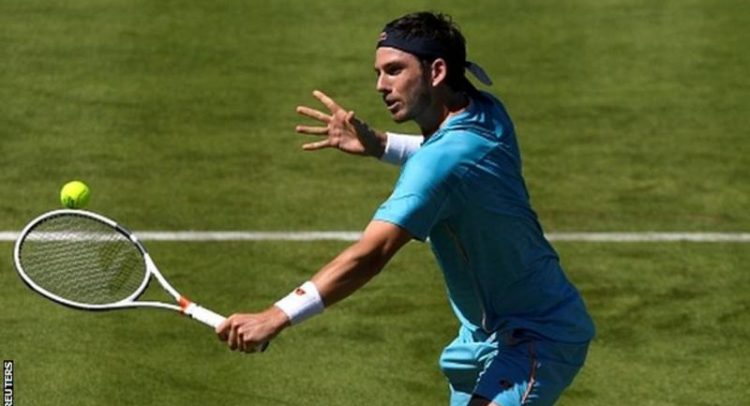 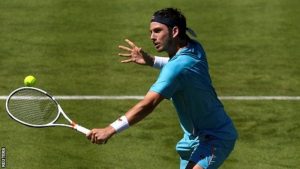 The Swiss, who has dropped to 261 in the world after injury, meets either British teenager Jay Clarke or American San Querrey in the second round.

Andy Murray makes his return to competitive action on Tuesday.

Wawrinka too strong for Norrie

Norrie has enjoyed a rapid rise this year, climbing into the top 100 for the first time and reaching his first ATP Tour semi-final on the clay in Lyon.

On his way to the last four he earned the biggest win of his career against American world number 10 John Isner, then pushed French number one Lucas Pouille in their French Open second-round match.

But going into Monday’s match against Wawrinka, Norrie had only won two tour-level matches on grass.

Wawrinka, himself, does not have a good record on the surface in recent years, winning only one match on grass in the past three years.

However, his greater pedigree – and power – told as Norrie was far from his best.

Norrie saved a break point in his first service game, only for the powerful Wawrinka to take another opportunity for a 3-1 lead.

Wawrinka dominated the first set, based on some big serving and dominant groundstrokes, and broke again in the final game to wrap up the opener in just 27 minutes.

And the former Australian Open, French Open and US Open champion broke again early in the second set, going on to seal a comfortable win in less than an hour.