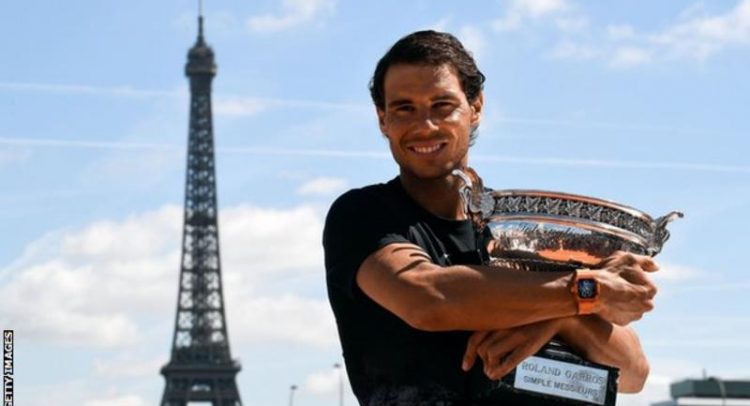 The second Grand Slam of the tennis calendar – and the only major on clay – begins on Sunday.

Spain’s 16-time Grand Slam champion Rafael Nadal is still the man to beat in Paris, while 23-time major winner Serena Williams is the star attraction in the women’s draw.

However, two of the biggest names will not be playing in the French capital – 20-time Grand Slam champion Roger Federer and Britain’s former world number one Andy Murray.

In Murray’s absence, the British charge will be led by Kyle Edmund in the men’s draw and Johanna Konta in the women’s.

Who can stop the King of Clay?

And, once again, the 31-year-old Spaniard is the favourite to win at Roland Garros.

Worryingly for his rivals, he has picked up where he left off last year on the clay, lifting his 11th titles in Monte Carlo and Barcelona on his way to a record 50-set winning streak on a single surface.

Eventually that run came to an end in a defeat by Dominic Thiem in Madrid – Nadal’s first loss on clay since the Austrian world number eight beat him in Rome 12 months previously.

Normal service resumed for the Spaniard at the Italian Open, a gutsy three-set victory over Germany’s in-form Alexander Zverev giving him an eighth title in Rome, and helping him regain the world number one ranking from long-time rival Roger Federer.

Nevertheless Nadal – who begins his defence against Ukraine’s Alexandr Dolgopolov – deflected talk of lifting the Coupe des Mousquetaires for an 11th time following his win in Rome.

“Conditions in Paris are completely different,” he said. “I don’t believe that what happened, even if I lost – even with the victory – creates a big impact about what can happen in Paris.”

North Korea ready to talk 'at any time' with Donald Trump