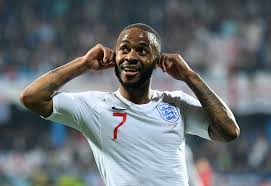 Raheem Sterling explains why his shift in mentality in front of goal will help him to break his duck against Manchester United this weekend.

Sterling will provide one of City’s main goal threats in Saturday’s clash with United, a game which is live on Sky Sports. However, Sterling’s statistics in matches against United do not make great reading.

In 16 appearances for Liverpool and City against United, he has failed to find the net and has been on the losing side eight times.

In fact, United are the only team Sterling has faced more than seven times and not managed to score against and of players to score 50 or more Premier League goals, only Robbie Keane (22) has faced United more without scoring.

Sterling was aware of this United ‘jinx’ when he discussed the matter with Geoff Shreeves ahead of the 179th Manchester derby, which will be played a day before Sterling’s 25th birthday.

The birthday boy would like nothing more than to end his drought this weekend. When asked by Shreeves if the barren run in front of goal bothers him, he replied: “I’d say no and yes. Firstly no, because I didn’t take scoring seriously but yes because now I do.

“To see that stat that I haven’t scored in 16 games against them, it’s a wake-up call. I won’t put pressure on myself and will play my game looking with an eye to score. I’ll be taking a lot more shots than I usually do.”

Overcoming a goal drought isn’t a new thing for Sterling.

He went 27 games without a goal for England but since scoring twice in a 3-2 win over Spain last year, Sterling has netted eight times in his last 10 competitive international appearances.

City’s top scorer has taken his goalscoring exploits to a new level this season, netting 15 already across all competitions. He is on target for the best seasonal goal haul of his career. Sterling now possesses a ruthlessness in front of goal.

Sterling explains his numbers have gone significantly up due a shift in mentality on his part, with the motivation provided by his critics.

He said: “It was a subject I kept hearing after games that I don’t score enough and I’m not good enough in front of goal. When I first came onto the scene I wanted to show I had ability and that I was a good player. But I was never trying to be greedy in trying to win matches by myself. It was a wake up call hearing all the critics saying he can’t score goals, so I thought I’d show them that I can. It’s something I started to work on and have belief.

“It’s a shift in mentality: in the dressing room I’d always think ‘what am I going to do to the right back today – shall I nutmeg him? Maybe a step over?’

“But now it’s a straight mentality of trying to score and where a goal can come from.”

We’ve got to believe’

City head into the weekend very much on the back foot in the title race. The gap to Liverpool is 11 points and Pep Guardiola’s men have already dropped 13 points this season.

In Premier League history, only three times have a side held an eight-point lead at this stage – the gap to Leicester in second – and all have gone on to win the title.

Guardiola has said it would be “crazy” for City to start thinking about the Premier League title but Sterling remains optimistic about the possibility of Liverpool dropping points.

“It’s one that none of us at the club are happy with but it’s happening now,” he said.