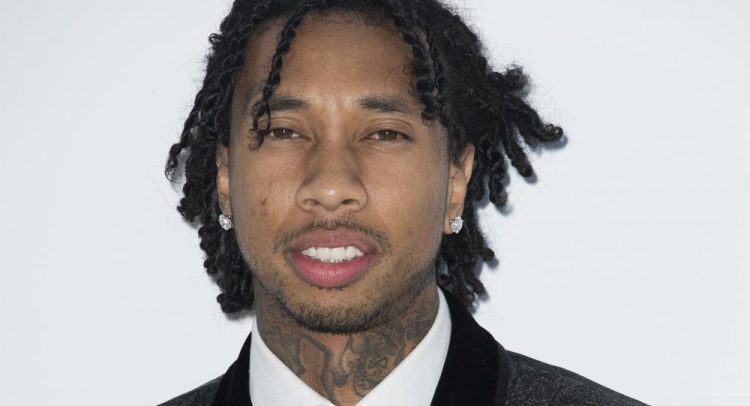 Tyga, 31, whose legal name is Michael Stevenson, was booked after a Tuesday incident in Hollywood, Los Angeles police said.

He was released after posting $50,000 bond, jail records showed.

The arrest came after 22-year-old fashion designer Camaryn Swanson, his ex-girlfriend, posted images online of her face with a black eye.

“I’ve been emotionally, mentally and physically abused and I’m not hiding it,” Swanson said in an Instagram story.

An email seeking comment from a representative for Tyga was not immediately returned.

The rapper was also previously in relationships with reality TV stars Kylie Jenner and Blac Chyna.

FILE – Tyga arrives at the amfAR, Cinema Against AIDS benefit during the 71st international Cannes film festival, in Cap d’Antibes, southern France on May 17, 2018. Authorities say the rapper has been arrested for investigation of felony domestic violence. Los Angeles police say the 31-year-old, whose legal name is Michael Stevenson, was booked for an incident that occurred on Tuesday, Oct. 12, 2021, in the Hollywood section of Los Angeles. He was released after posting $50,000 bond. (Photo by Arthur Mola/Invision/AP, File)