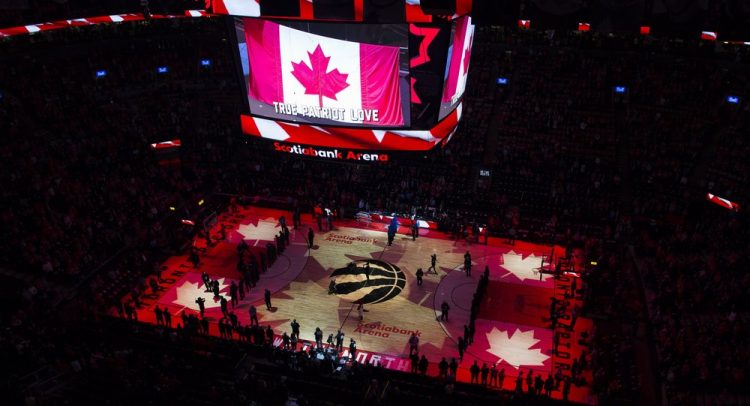 Raptors denied permission to play in Canada, head to Tampa

TORONTO (AP) — The Canadian government denied a request by the NBA and the Raptors to play in Toronto amid the pandemic, and the team says it will start the season next month in Tampa, Florida.

“Ultimately, the current public health situation facing Canadians, combined with the urgent need to determine where we will play means that we will begin our 2020-21 season in Tampa, Florida,” the team said in a statement Friday.

An official familiar with the federal government’s decision told The Associated Press there is too much COVID-19 circulating in the United States to allow for cross-border travel that is not essential.

The official, speaking on condition of anonymity and not authorized to talk publicly about the matter, said there’s a chance that at some point next year the decision could be reviewed.

The Canadian government had been reviewing a proposal from the NBA and the Raptors. The team had said it needed to know this week with training camp less than two weeks away.

The Raptors and the NBA needed an exemption to a requirement that anyone entering Canada for nonessential reasons must isolate for 14 days. The U.S.-Canada border remains closed to nonessential travel.

The federal government denied the Blue Jays’ request to play in Toronto this year because health officials didn’t think it was safe for players to travel back and forth from the U.S., one of the countries hit hardest by the coronavirus pandemic. The number of cases in both countries, but particularly in the U.S. has surged since.

The Toronto Blue Jays failed to persuade the federal government to grant exemptions and played home games in Buffalo, New York, this year.

The Canadian government required a comprehensive public health plan and written support from local health officials. The plan was reviewed by the Public Health Agency of Canada.

Main Photo: In this April 16, 2019, file photo, fans sing the Canadian national anthem before Game 2 of an NBA basketball first-round playoff series between the Orlando Magic and the Toronto Raptors in Toronto. The Canadian government has denied a request by the NBA and the Raptors to play in Toronto amid the pandemic. An official familiar with the federal government’s decision told The Associated Press on Friday, Nov. 20, 2020, there is too much COVID-19 circulating in the United States to allow for cross-border travel that is not essential. (Nathan Denette/The Canadian Press via AP, File)

Health experts clash over use of certain drugs for COVID-19