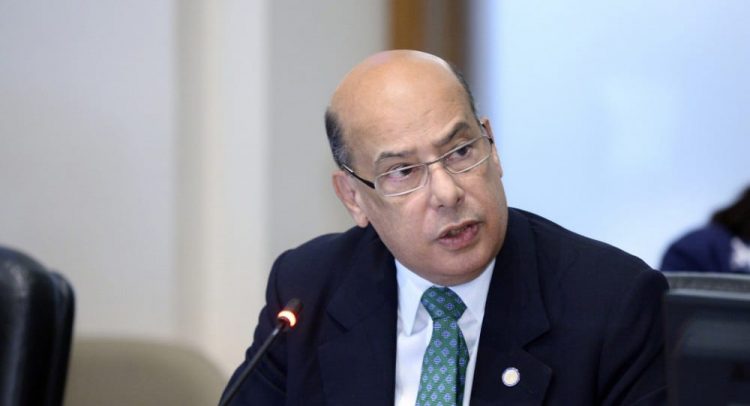 (The writer is Ambassador of Antigua and Barbuda to the United States and the Organisation of American States.  He is also a Senior Fellow at the Institute of Commonwealth Studies at the University of London and at Massey College in the University of Toronto.  The views expressed are entirely his own)

Governments around the world, including in Caribbean Community (CARICOM) countries, have emerged as the principal players in the health and economic crisis caused by the COVID-19 pandemic. The private sector, for the most part, has taken a back seat with many companies turning inwards and concentrating on safeguarding their own survival, rather than playing a broader role.

This occurrence could foreshadow a new model for economic development in the future, particularly for small states.

Governments had to embrace extraordinary roles to provide economic relief, including for private sector workers. In richer nations, governments have provided what is called ‘furloughs’. Under this scheme, governments in the United States and some countries in Europe have extended unemployment benefits to these private sector workers who, though they still technically retain their jobs, receive no pay from their employers.

In CARICOM countries, where governments lack the resources of richer countries to furlough private sector workers, governments have intervened with Central Banks to make money available to commercial banks at low interest rates so that these banks can, in turn, extend repayment periods for mortgages at reduced rates of interest. Additionally, they have provided food hampers for the needy.

Governments have also become the leaders in investing in health services, enlarging hospital and other medical facilities – a task which will continue into the future. One of the influential factors in the active involvement by governments in the health sector is the need for ‘health sovereignty’ – the ability to cope with the health needs of citizens at home, rather than sending them abroad.

For example, Antigua and Barbuda’s Minister of State in the Finance Ministry, Lennox Weston, pointed out recently, that whereas, as part of its medical benefits scheme, the government sent its citizens abroad for treatment not available at home, the epoch of COVID-19, which closed borders and severely restricted air transportation, underscores the importance of ‘health independence’. In the future, Governments will have to establish and sustain medical facilities for conditions formerly treated abroad.

If the effects of COVID-19 continue to disrupt supply chains and sales in industries such as tourism and manufacturing, more private sector companies will either fail financially or seek financial aid from governments. All of this points to a larger role for the state in the economy in the years ahead, following decades in which Western nations, that control the global economy, dismissed the value of state intervention. They preached that the private sector is the driving force behind sustainable economic growth and a key source for creating wealth and jobs – a theory that collapsed in the pandemic.

There is no question that a viable private sector has a role now, and will continue to have a role, in recovering economies as nations come to grips with living in a COVID-19 world. However, going forward, governments might have to re-evaluate the relationship of the public sector and the private sector in economic growth and development. The shortcomings and vulnerabilities of too great a reliance on the private sector, as the engine of growth, have been revealed by the effects of the pandemic. There is now, perhaps, a case to regulate companies more robustly to make them more resilient to future shocks and downturns.

It is alarming that many companies operated on small margins of retained capital with little provisions for emergencies. A review of business models that rely on lengthy tax concessions and endless duty-free waivers from governments, may also now become appropriate.

One thing is certain, if these private sector vulnerabilities and shortcomings are not addressed and reformed, they are doomed to be repeated, pushing governments to become the chief burden-bearer, even as their own revenues from taxes and duties dwindle.

This consideration applies to the governments of all CARICOM countries. As members of an integration organisation, bound by treaty, and committed to a single market, they should adopt a mutually supportive stance in constructing a new model for their relations with the private sector, particularly foreign investors. One of their weaknesses is their own competitive approach to the private sector, whereby they vie to secure investment based on who gives away the most.

In the wake of the destructive effects of COVID-19 on the economies of CARICOM states, existing and unresolved issues have flared-up. A case in point is the imbroglio over LIAT 1974 Ltd, the financially troubled airline which, despite all the struggles it has faced, has served the Caribbean safely for 64 years.

Like all other airlines throughout the world, COVID-19 pointed a dagger at LIAT’s heart. In the U.S. and elsewhere, airlines survived the effects of the pandemic, only with government help. For example, the U.S. government is reported to have pumped $25 billion into six big airlines, including Delta, American and JetBlue, along with four smaller carriers, to pay workers and keep them employed until September.

The principal government shareholders in LIAT, except the government of Antigua and Barbuda, faced with their own daunting financial constraints, chose to liquidate the company. This action has created friction in the regional group and predictions of its demise. But, history has shown that, despite such predictions in the past, CARICOM has proved to be politically resilient with all parties recognizing that there are more benefits in retaining the organisation than abandoning it.

Solving the problem of LIAT and regional transport, like the issue of re-evaluating the role of governments in relation to the market, requires a re-shaping of CARICOM based not on national rivalry but on regional collaboration so that every nation benefits from the fruits of integration. The equation will never be equitable given the differences in populations and resources, but at least it should be fair.