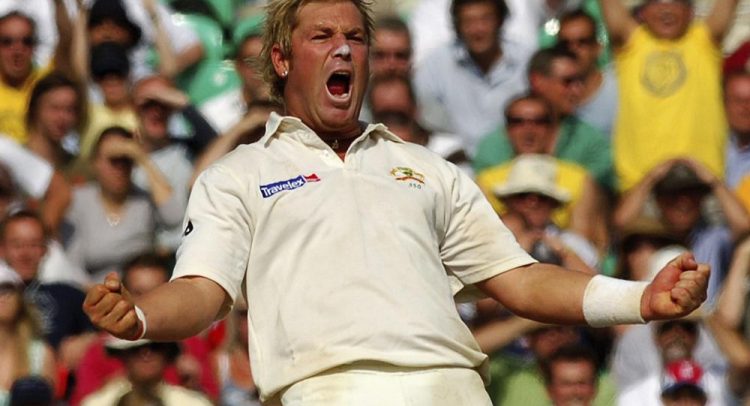 Reaction to the death of cricket great Shane Warne

Reaction to the death of cricket great Shane Warne at 52, hours after fellow Australian Rod Marsh at 74.

“We all grew up watching Warnie, idolizing him, we all had posters on his wall, had his ear-rings. What we loved so much about Warnie was his showmanship, his charisma, his tactics, the way he willed himself and the team around him to win games for Australia, and above all else his incredible skills as a legspinner. There’s so many guys in this team and squad who still hold him as a hero, their all-time favorite player. The game was never the same after Warnie emerged and the game will never be the same after his passing. Rest in peace, King.” — Australia captain Pat Cummins.

“Numb. The highlight of my cricketing career was to keep wicket to Warnie. Best seat in the house to watch the maestro at work. Have often felt a tad selfish, that Heals (Ian Healy) and I pretty much exclusively are the only ones who had that thrill and pleasure at Test level. Rip Warnie.” — Former Australia teammate Adam Gilchrist on Twitter.

″(Broken heart emoji) And speechless at the moment. I literally don’t know how to sum up this situation. My friend is gone!! We have lost one of the Greatest Sportsmen of all time!! My condolences goes out to his family. RIP Warnie!! You will be missed.” — West Indies great Brian Lara on Twitter.

“Cannot believe it. One of the greatest spinners, the man who made spin cool, superstar Shane Warne is no more. Life is very fragile, but this is very difficult to fathom. My heartfelt condolences to his family, friends and fans all around the world.” — India great Virender Sehwag on Twitter.

“Shane was the greatest ever cricketer but more than that his character lit up every dressing room, comm box, bar, golf club & friendship group .. his energy & positivity was beyond anyone I have ever known .. he was loyal beyond loyal. Everyone wanted to be around him but ultimately he was just a normal guy who could do incredible things.” — Former England captain Michael Vaughan on Instagram.

“He had all the things a cricketer needed, a lot of self-confidence, a lot of ability, the discipline, passion and desire. Above all he had time to enjoy it. He had great fun playing cricket and resonated with a lot of youngsters. The inspirational legspin he bowled I am sure inspired many, many guys to take up legspin bowling.” — Former England captain Mike Gatting to Sky Sports.

“Unbelievable. I am shocked to the core. This can’t be true… Rest In Peace, @ShaneWarne. There are no words to describe what I feel right now. A huge loss for cricket.” — West Indies great Viv Richards on Twitter.

“I’ve lost a great friend on and off the playing field. “One of the best” my thoughts are with Jackson Summer & Brooke … RIP Warnster.” — England great Ian Botham on Twitter.

“Very sad to learn of the passing of the great Australian cricketer Shane Warne, the greatest leg spinner I have ever seen. Condolences to his family and of course all of Australia cricket fans.” — West Indies great Curtly Ambrose on Twitter.

“I am shocked and extremely sad to hear about the sudden death of my friend Warnie… he has always been in touch and always helpful.. apart from an iconic bowler he was a great entertainer… my condolences to the family and friends .. rest in peace my friend.” — Pakistan great Wasim Akram on Twitter.

“It’s a sad day for world cricket. First the news of Rodney Marsh & now Shane Warne. Heartbreaking! I have fond memories of playing with Warne. He was the king of spin & a legend of the game who’s gone way before his time.” — India great Yuvraj Singh on Twitter.

“Two legends of our game have left us too soon. I’m lost for words, and this is extremely sad. My thoughts and prayers go out to the Marsh and Warne family. I just can not believe it. #rip, you will both be missed.” — Australia opener David Warner on Twitter.

“Its shocked us all in the dressing room. My experiences with Shane were someone that absolutely loved the game of cricket, was always a joy to be around, gave so much energy to the sport. As a kid growing up, was a massive idol of mine, someone you wanted to emulate … the way he won a game on his own, his skill levels incredible.” — England captain Joe Root.

“Life is so fickle and unpredictable. I cannot process the passing of this great of our sport and also a person I got to know off the field. RIP #goat. Greatest to turn the cricket ball.” — India captain Virat Kohli on Twitter.

“Totally shocked and saddened to hear about Shane Warne – a cricketing genius and one of the nicest guys you could meet, who also did a lot to help disadvantaged kids into sport.” — British Prime Minister Boris Johnson on Twitter.

“One of the greatest entertainers and match-winners our game has ever seen.” — International Cricket Council on Twitter.

“One of the greatest of all-time. A legend. A genius. You changed Cricket.” — England and Wales Cricket Board on Twitter.

“The PCB is shocked and devasted to hear the news of Shane Warne’s passing. Shane will be sorely missed and cricket will be poorer without him.” — Pakistan Cricket Board on Twitter.

“The global cricketing community is poorer today with the passing away of Australian great Shane Warne. The BCCI mourns the loss of the champion cricketer who enriched the game with his craft.” — Board of Control for Cricket in India on Twitter.

“A true competitor and an icon.” — Cricket South Africa on Twitter.

“Australian Legend. @rajasthanroyals Legend. Was an honour to know you and work with you. This man is a LEGEND.” — England allrounder Ben Stokes on Twitter.

“What a dreadful day for cricket. Rod Marsh, a great man, who recalled Derek Randall in the Centenary Test at the MCG and was horrified by Trevor Chappell’s underarm ball. And then Shane Warne, the greatest bowler ever who taught me to drink Jaegar Bombs! RIP Rod & Shane.” Former commentator Henry Blofeld on Twitter.

Australia’s Shane Warne celebrates after he caught and bowled England’s Andrew Flintoff for 8 runs during the final day of the fifth npower Test match at the Brit Oval, London on Sept. 12, 2005. Shane Warne, one of the greatest cricket players in history, has died. He was 52. Fox Sports television, which employed Warne as a commentator, quoted a family statement as saying he died of a suspected heart attack in Koh Samui, Thailand. (Rui Vieira/PA via AP)