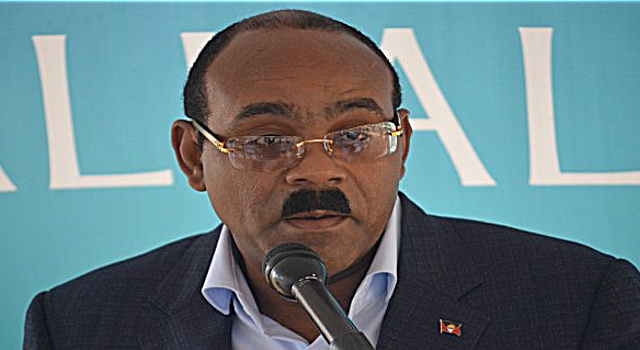 Prime Minister Gaston Browne’s statement on his uncertainty of contesting the Barbuda seat at the next general elections is being described as a ploy to deviate from his failure to deliver to the people of that island.

Trevor Walker, leader of the Barbuda People’s Movement (BPM), and member of parliament for Barbuda said, if Browne is facing challenges with governing Barbuda, then he needs to address those issues immediately.

“Now is not the time to be focusing on whether he’s going to run a candidate in Barbuda or not. I would advise him it to focus on governance and that is the issue now. But to speak about running a candidate here when you have not even won here, is just a scapegoat for his failures in not allowing Barbuda to function the way it should.

On Monday, Browne told OBSERVER media, that as far as he was concerned, losing the Barbuda seat meant “nothing to him,” and he was not certain if he was going to run a candidate there at the next general elections which are constitutionally due in 2023.

Walker said he hoped that the people of Barbuda and the labour party could “bury the hatchet to improve relations for the benefit of Barbudans.

“It’s not good for the nation and it’s not good for Barbudans. Barbudans are very apprehensive right now, we are not very settled. It appears as if the labour party government [doesn’t] share the vision of the Barbudan people and there must be some meeting of the minds to understand that we have a culture that probably they don’t understand or accept,” Walker said.

Meanwhile, labour party candidate for Barbuda in the last general election, Arthur Nibbs said Browne’s statement was “unfortunate” as there should always be a Barbudan candidate in a ruling administration.

“The prime minister is the leader, and he is free to make his comment, but, in my estimation, Barbuda should always be a part of the government to lend the real name of Antigua and Barbuda,” Nibbs said.

Browne made his comment following an impasse between the police and Barbudans on Monday, over access to the Fisheries Complex which is currently occupied by the officers whose police station was destroyed by Hurricane Irma last September.