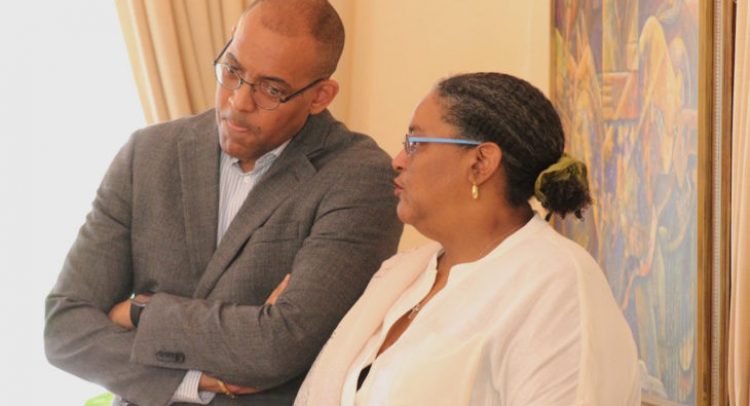 Ready to take off

Air Canada is to be the first commercial flight to touch down at the Grantley Adams International Airport (GAIA) since March, Prime Minister Mia Mottley has announced.

Mottley said the July 12 flight would be followed by British Airways on July 18, JetBlue on July 25 and Virgin Atlantic on August 1. Caribbean Airlines is to arrive sometime in mid-July while a meeting will be held to “determine the future” of cash-strapped LIAT, which is owned by Barbados and three other Eastern Caribbean governments.

She said JetBlue would come from New York’s JFK airport four times a week and Air Canada twice weekly, while British Airways and Virgin Atlantic would come once a week.

Mottley maintained that tourism was Barbados’ “core business” and as a result, the island could not keep its borders closed indefinitely.

She pointed out that during meetings with the Social Partnership last week there had been no objections to reopening the island’s borders.

The PM told journalists: “The reality is that we cannot afford to keep our borders close indefinitely. However, I dare say that in examining our handling of the pandemic to date, we have been able to keep our number of cases and deaths at a manageable level, while at the same time keeping you informed and taking care of the vulnerable as well as providing safety nets for those of you out of work at the moment.

“To my mind, these are all pointers that indicate that we can create and implement a plan to successfully open Barbados for commercial travel.”

Minister of Tourism and International Transport Kerrie Symmonds explained that several protocols would be put in place before visitors could enter Barbados, declaring that the safety of airport workers and of the population was of paramount importance.

He said travellers from outside the Caribbean would have to take a COVID-19 PCR Antigen test 72 hours before they were scheduled to come to Barbados. That test will have to be accredited by a laboratory approved by the Ministry of Health.

Passengers from within CARICOM will have to take a test one week prior to departure. He said failure to have a test done before arriving here would mean they would have to undergo testing when they land.

That testing will be done at the Concorde Experience museum, which is to be outfitted as a testing facility.

Symmonds said in an effort to facilitate larger numbers of visitors, hotels on the island had been earmarked for satellite testing facilities.

But visitors will have to pay to stay at those hotels, he said.

While he did not name the hotels, he said discussions had already taken place with their owners.

Symmonds said if any visitor failed a COVID-19 test they would be placed in isolation.

All passengers entering the border must also wear face masks and undergo a temperature check.

EU narrows down border list, US unlikely to make the cut