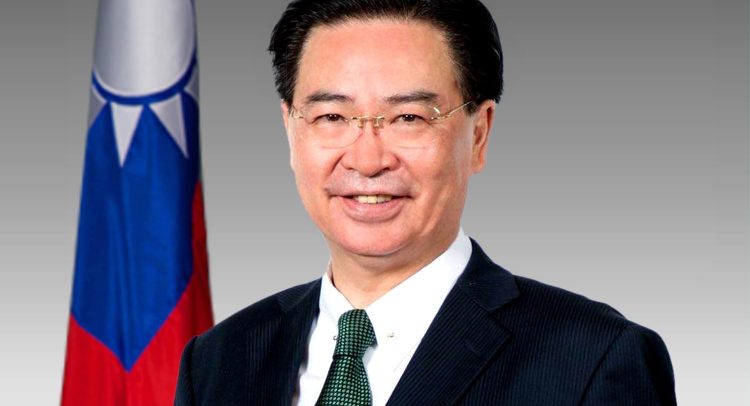 In 2020, the world has been hit by an unprecedented public health crisis, with the effects of COVID-19 being felt across every aspect of people’s lives. This year also marks the 75th anniversary of the signing of the Charter of the United Nations—the mission statement that stands at the very heart of the inclusive multilateralism the world needs so much at the present moment. Now more than ever, the global community must make a concerted effort to forge the better and more sustainable future called for by the UN and its Member States. Taiwan is ready, willing and able to be a part of these efforts.

With less than 500 confirmed cases and seven deaths, Taiwan has defied predictions and successfully contained COVID-19. We managed this without lockdowns; schools were only closed for two weeks in February. Baseball games also restarted in April. Initially, cardboard cutouts stood in for the crowds, but by mid-July games were back in full swing, attended by as many as 10,000 spectators.

This has all come in no small part due to Taiwan’s quick response measures, including the establishment of a Central Epidemic Command Center, the implementation of stringent border controls and quarantine procedures, and transparent information-sharing. We also took swift action to ensure an adequate stock of medical supplies for our world-class health care system. And after making sure we had enough supplies to look after our own people, we started providing medical equipment and supplies to other countries in serious need. By the end of June, Taiwan had donated 51 million surgical masks, 1.16 million N95 masks, 600,000 isolation gowns, 35,000 forehead thermometers, and other medical materials to more than 80 countries, including the United States, Taiwan’s diplomatic allies, and European nations. We have also joined forces with like-minded democracies to explore the development of rapid test kits, medicines, and vaccines. Working together for the greater good is how the world will defeat COVID-19.

In the Declaration on the Commemoration of the Seventy-fifth Anniversary of the United Nations, governments and heads of state acknowledge that only by working together in solidarity can we end the pandemic and effectively tackle its consequences. They thus pledge to make the UN more inclusive and to leave no one behind as the world looks to recover from the pandemic. Similarly, in remarks at the High-level Segment of the UN Economic and Social Council on “Multilateralism after COVID-19: what kind of UN do we need at the 75th anniversary?” in July, UN Secretary-General António Guterres said that networked, inclusive, and effective multilateralism would aid global efforts to promote recovery and the continued implementation of the Sustainable Development Goals (SDGs). We cannot agree more. However, this vision seems lacking when Taiwan—one of the world’s model democracies and a success story in containing the current pandemic—continues to be barred from taking part in and exchanging experiences and information with the UN system.

Even as the pandemic has made the international community acutely aware of Taiwan’s unjust and discriminatory exclusion from the World Health Organization and the UN system, the People’s Republic of China (PRC) continues to press the UN to use an erroneous interpretation of the 1971 UN General Assembly Resolution 2758 (XXVI) as the legal basis for blocking Taiwan. The fact is that this resolution does not address the issue of Taiwan’s representation in the UN, nor does it state that Taiwan is part of the PRC. In fact, Taiwan is not, nor has it ever been, a part of the PRC. Our President and legislature are directly elected by the people of Taiwan. Moreover, border controls instituted during the pandemic offer further evidence to counter the PRC’s false claims. The UN must recognize that only Taiwan’s democratically elected government can represent its 23.5 million people; the PRC has no right to speak on Taiwan’s behalf.

Not having Taiwan’s input in the UN is a loss to the global community, and will hamper Member States’ efforts to regain normalcy and implement the 2030 Agenda for Sustainable Development in full and on time. By drawing on its outstanding work on the SDGs, Taiwan can help countries better recover from the disruption caused by the pandemic. Our economy has proven resilient: the Asian Development Bank forecast that Taiwan’s economic performance in 2020 would be the best among the Four Asian Tigers—the only one to show positive growth. Moreover, many of our SDG indicators—including gender equality, economic growth, clean water and sanitation, reduced inequality, and good health and wellbeing—have reached levels comparable to OECD countries. Our ongoing efforts to implement the SDGs coupled with our proven pandemic response put Taiwan in a much better position than most to help the global community in tackling the ongoing challenges facing humanity.

In fact, Taiwan has long been assisting its partner countries in Africa, Asia, the Caribbean, Latin America, and the Pacific with their development goals in such areas as clean energy, waste management, and disaster prevention. So we are already able to help—yet we could do that much more if given the chance to participate in UN activities, meetings, and mechanisms.

Unfortunately, the 23.5 million people of Taiwan are denied any access to UN premises. Taiwanese journalists and media outlets are also denied accreditation to cover UN meetings. This discriminatory policy stems from the wrongful claims of and pressure from an authoritarian state, and contravenes the principle of universality and equality upon which the UN was founded.

“We the peoples of the United Nations determined . . . to reaffirm faith in fundamental human rights . . . [and] the equal rights of men and women and of nations large and small”—thus begins the UN Charter. The ideal of upholding human rights and fundamental freedoms for all laid out in this text must not remain empty words. As it looks ahead to the next 75 years, it is never too late for the UN to welcome Taiwan’s participation.