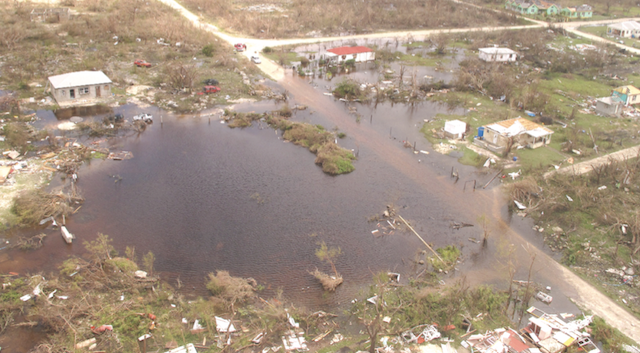 The region may face several challenges in helping countries that are recovering from Hurricanes Irma and Maria, to prepare for subsequent hurricane seasons.

That is according to the Executive Director of the Caribbean Disaster Emergency Management Agency (CDEMA), Ronald Jackson.

During a discussion on regional hurricane preparedness on OBSERVER AM yesterday, Jackson said that CDEMA has to make sure that its response to countries, like Barbuda and Dominica, does not further burden the existing shelters or impact already displaced people.

“With several persons still in temporary or makeshift facilities, we really need to focus our attention on these countries should they be affected again,” he said. “The response to these countries has to be so nuanced to deal with the already burdened shelter infrastructure and the needs of those who are already displaced,”he said.

Jackson explained that they are receiving help from international governments and institutions to reduce costs for recovery efforts, noting that the regional agency has signed several memoranda of understanding with its European, Canadian and American partners.

Meanwhile, he also addressed the issue of Prime Minister Gaston Browne’s comments about not receiving the amount of monies pledged for recovery efforts. Jackson said that the money that is often pledged by countries and individuals is only about 10 percent of the funds necessary for regional reconstruction projects.

“Historically, based on the research that we have done, the amount of funds that is pledged amounts to just under one-tenth of what each country requires to recover and reconstruct,” Jackson said.

He also felt that governments should be looking towards their own financing mechanisms for recovery and reconstruction, and not rely on pledges as some of those funds have to go through development banks.

Therefore, according to Jackson, the region needs to develop an accountability system so that extra-regional pledge-makers can be assured that the region is independently capable of handling its affairs, such as disaster recovery.