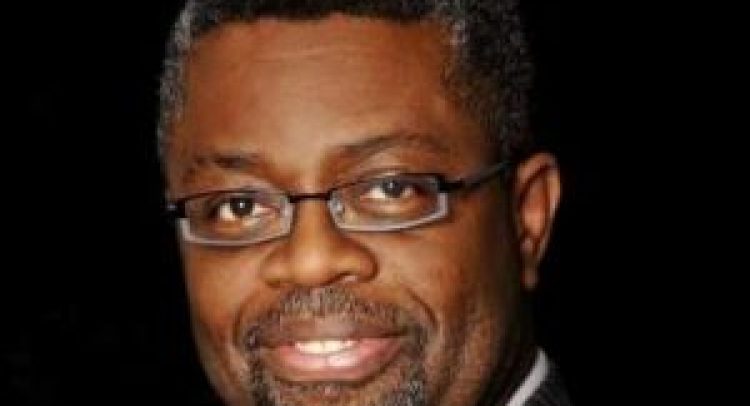 It’s is no time to think or act as a ‘one man island,’ former director of the Institute of International Relations, UWI St Augustine Campus, Professor Andy Knight advises.

Speaking on the recovery process in the Caribbean region, Knight who is currently the Professor of International Relations at the University of Alberta, said via an email interview, to build that resilience to the external shocks caused by the COVID-19 pandemic, it required the coming together of strong regional institutions.

“We have to stop thinking in silos and recognise that the vulnerabilities Caribbean countries face are inter-sector—a health crisis like COVID-19 has severe negative implications for the economies of the region and can negatively impact the educational sector, the agricultural sector, increase the levels of crime and domestic violence, and reduce individual family incomes. So the problem has to be tackled in a holistic fashion. It also requires the strengthening of regional integration efforts,” said Knight.

According to Knight, the one thing that COVID-19 has exposed was how vulnerable small states like those in the Caribbean was to manifold threats, in this case to global health security threats.

Quoting some statistics in the region, he said COVID-19 did not respect national borders. And the virus had infected over 17,000 people across the wider Caribbean, resulting in 2,098 deaths. Knight highlighted, some states like the Dominican Republic have had over 400 deaths so far as a result of the pandemic. Other states he pointed out, like Jamaica, Guyana, the Bahamas, Trinidad and Tobago and Barbados have recorded fewer than 15 deaths so far from the virus. While states such as Anguilla, Grenada, Dominica, St. Kitts & Nevis, St. Vincent and the Grenadines, and St. Lucia have yet to record any deaths as a result of the virus. However, he maintained, one thing remained clear—individual Caribbean states acting on their own cannot adequately address such a trans-national and trans-regional global pandemic.

It was why, Knight said, he was in total agreement with the efforts by Prime Minister of Barbados, Mia Mottley, who has been pushing for a collaborative regional response via CARICOM to address the challenge posed by COVID-19.

On March 1, Mottley, who is the current chair of the Caribbean Community (CARICOM), convened an emergency meeting of the regional body to develop a regional response to the unfolding global pandemic.

“It makes sense to have a regional strategy for dealing with this problem. Not all islands in the Caribbean have the hospital capacity to address a surge in infections. Not all have the appropriate testing capability. Not all have the necessary PPE equipment. Masks and ventilators have been difficult to get in some cases. But with a regional strategy some resiliency can be built into the health system that would allow countries in need to get the assistance they require to address COVID-19,” Knight contended.

Pointing to the work by the Caribbean Health Public Agency (CARPHA) as a demonstrative working example of a unified regional approach, Knight said, COVID-19 being a health first challenge it would be important to utilise the existing regional health bodies like itself to coordinate the preparedness and response to the health challenge.

“It seems that CARPHA has done an excellent job in reducing the pandemic’s threat in the region. The PM of St Lucia, Allen Chastanet, praised CARPHA for its actions and said that it was an example of “regionalism working,” Knight highlighted.

CARPHA was also praised by CARICOM’s Secretary General, Irwin LaRoche, for its proactive approach to addressing the problem and for coordinating a response to the fact that this particular virus posed significant risks to Caribbean people who suffer from non-communicable diseases (NCDs).

Knight stated CARPHA in collaboration with the Pan American Health Organisation (PAHO), had significant experience dealing with NCDs—particularly since the advent of the Port-of-Spain Declaration. (See side Bar)

He noted, The Healthy Caribbean Coalition (HCC) had estimated that four out of ten adults in the Caribbean have some form of NCDs. And NCDs happened to be the most common form of co-morbidities of COVID-19 in the older age groups with the highest mortality. It is his belief therefore; building on the regional response to NCDs would help in the development of a Caribbean regional response to COVID-19.

More than just a health challenge however, Knight reiterated, the economic and social challenges directly sprung from COVID-19.

He said tackling the health challenge by shutting down the national borders of each individual Caribbean state may work for a while, but these states were dependent largely on tourism for their economic survival.

And, Caribbean states import much of their food and material goods from outside. As such their economies were therefore highly dependent on maintaining open borders.

And, all Caribbean states would be be hit hard economically by the shutting down businesses, hotels and car rental operations, among etc. He said the drop in revenues from those areas was definitely affecting small island states. And predicted it was only going to get worse.

Knight argued, therefore, adopting a regional strategy for reopening businesses and jump-starting the economies of each Caribbean state was something that ought to be considered. He believes this was where regional bodies like the Caribbean Development Bank (CDB) could play a significant role in mitigating the inevitable economic downturn that would inevitably inflict the Caribbean region.

To date, the CDB has allocated US $140 billion to tackle the economic fallout of the COVID-19 crisis. The economic and social shock that results from this pandemic is said to devastate most of the islands’ economies.

CDB President, Dr. Warren Smith, had projected that the coronavirus problem for Caribbean states could be exacerbated exponentially if there were natural disasters in the upcoming hurricane season.

Knight illustrated, “Just imagine if Caribbean countries’ economic growth over the next few years take a major hit, as projected by the economic experts in the International Monetary Fund (IMF) and the CDB? Then combine that with a major hurricane, massive flooding, destruction of hotels and beachfronts, etc. That combination of manifold vulnerabilities is something I have written about in the past as it pertains to the Caribbean Region. The Caribbean needs to find a way, regionally, to build resilience into its operating system.”

He warned economic recovery, post-COVID-19, had to be based not just on national strategies but also on a thoughtful regional strategy.

“There ought to be a think tank (composed of academics and practitioners across the Caribbean region) brought together to assist CARICOM in developing a post-COVID economic recovery strategy for the entire Caribbean. Re-opening airports, seaports, hotels, should be done and coordinated at the regional level. The region as a whole has to be prepared for the projected influx of tourists and business in a post-COVID-19 world. That means coordinating a plan to take advantage of what some economic analysts are billing as “the post-pandemic rebound.”

Knight said he was confident that with leaders like Mottley there was a glimmer of hope that regional integration would be strengthened as a result of this pandemic. He said at the very least all Caribbean people should now be awakened to the fact that small island communities were extremely vulnerable and we are all in this together.