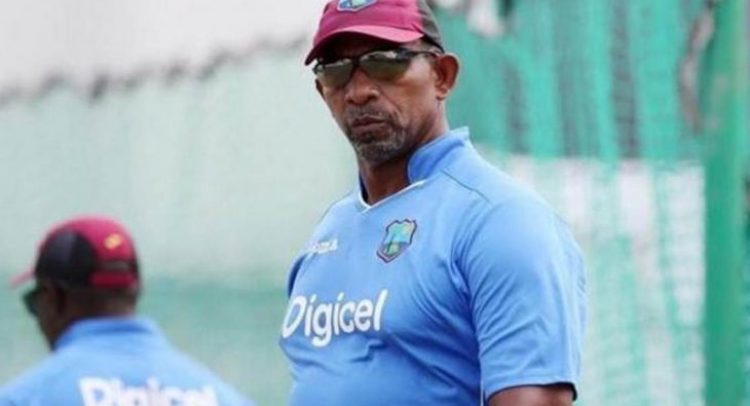 Regional side has point to prove

West Indies cricket head coach Phil Simmons is determined to improve on the recent performances of a team that has been under his stewardship for the past seven months. West Indies are currently on tour in England to play three Test matches against the home country starting July 8.

The tour is seen as breaking new ground in that the matches will be played behind closed doors in an environment which has been determined by the current pandemic.

Barbados TODAY spoke to Simmons at the teams’ quarantined base in Old Trafford, Manchester, and suggested that there probably was a great sense of apprehension and nervousness among the team as players embark on this historic tour.

Whilst admitting that it was a strange environment the coach said his team would not be deflected from the purpose for which they had travelled to England and they were positively focused on the job at hand.

The games will be played in empty stadia but Simmons did not think the absence of spectators would have a detrimental impact on the players. “I do not see it as a negative. Indeed, it could be a positive for us given that England will not have the benefit of a full house of home supporters to which they are accustomed. This could easily work to our advantage,” he said.

However, the former Leicestershire County and West Indies opening batsman is nothing if not realistic and he recognized that there would be great pressure on the team. “We will be aware that owing to the circumstances surrounding the tour the whole cricket world will be glued to their TV sets to see how we deal with a truly surreal situation,” he said.

Teams will play for the Wisden Trophy which commemorates the life and career of the late Sir Frank Worrell who made an outstanding and unequalled contribution to the game. West Indies currently hold the trophy and Simmons said they had no intention of leaving it with the England team.

“We are looking forward to the start of the series. Our morale is great, and the squad has been working extremely hard in their preparations,” he said.

Simmons is leading a mixed squad of thirty-nine and when queried whether the excellent ethic of hard work would be enough to turn the tide of recent years, Simmons said: “Owing to the uniqueness of this tour we have had more chances to be focused and have therefore become a strong unit both internally and externally.  There are no opportunities to go out in the evenings and this has enabled us to build on our commitment to succeed against all odds in foreign conditions. We have not come here merely to be a part of history.”

He added: “At this time all we want to do is to play cricket to the best of our ability.”

But what about the line-up given that three frontline players have opted to remain home for personal reasons? Has this affected the team? Simmons said he respected the views of those who had absented themselves but did not consider it central to the current task. He said they could only play with those who were present.

West Indies batting has not performed at the top of its game in recent times but Simmons dismissed suggestions that it was “brittle”. He said he was satisfied and confident that they would do a good job.

However, despite voicing confidence in the batsmen’s ability to score runs, Simmons has put greater store on the bowling and said the pacemen would be the key to success.  He added that his cadre of five fast bowlers would give English batsmen plenty to think about.

Simmons also had some points to make about the future of West Indies cricket.

“First we have to change the way we think about the game, to be professional in our outlook and our approach, and our actions and preparations must be geared to winning rather than merely turning up and playing. This can only be achieved if we remain focused on an ambition to return to the top of world cricket,” he said.

Simmons added: “It is always exciting to play in England with the buzz of West Indies fans in partisan support. It is unfortunate that they will be absent this year. We are always mindful, more so now than ever, of the need to give upliftment to the fans both at home and in the UK. We want them to be proud of us and we are determined to bring glory to the region during these difficult times.”