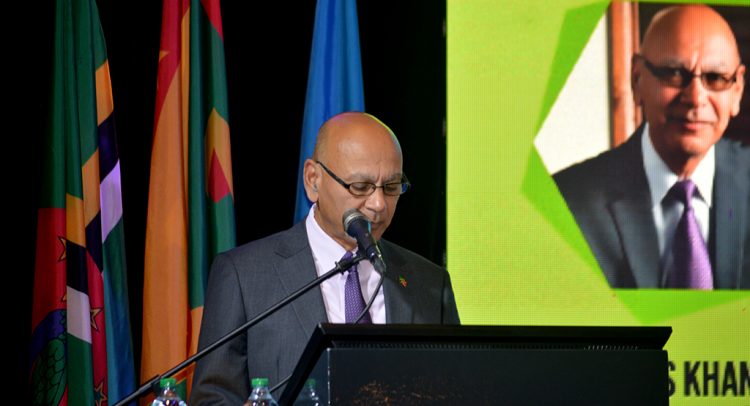 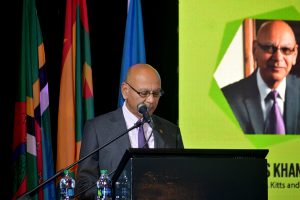 BASSETERRE, St. Kitts, May 17, 2018 (Press Unit in the Office of the Prime Minister) – Chief Executive Officer (CEO) of St. Kitts and Nevis’ Citizenship by Investment Unit (CIU), Mr. Les Khan, believes the strong level of unity that already exists within the Caribbean in dealing with international matters of common interests can be adopted to create a greater sense of unity among the five Citizenship by Investment (CBI) programmes that currently exist in the region.

Mr. Khan, while presenting on the topic “The Caribbean Model for Unity” at the 2018 Caribbean Investment Summit being held in St. Kitts and Nevis from May 16-19, stated that there is no need to reinvent the wheel, when there already exists a model for Caribbean unity from which best practices can be drawn.

“One only needs to consider the unity across the region on matters of trade, for example, the joint response of disputes in the past about preferential trade access for banana exports, or the community of purpose on matters of tourism; for example the joint work of Caribbean governments and regional tourism organizations in response to levying of the Air Passenger Duty by the UK and the inequity it provided for our small island economies,” Mr. Khan stated.

He added, “This unity was effective and it did not diminish our countries’ individual strength or their respective national best interest. In fact, coming together and standing and acting in unity are acts of self-preservation for the Caribbean and there is no reason why this model of unity cannot be equally applied to the Citizenship by Investment industry across the region.”

In strengthening his point, Mr. Khan, who also serves as Chairman of the Citizenship by Investment Programmes Association (CIPA), noted that the region’s response to the recent report by the Organization for Economic Co-operation and Development (OECD) suggesting that CBI and residency by investment programmes be listed as ‘high-risk’, was a clear indication of regional CBI jurisdictions ability to operate in unison.

The CEO of the Citizenship by Investment Unit continued, “Over the last few months, we have heard media reports about a race to the bottom. CIPA has had a strong discussion on the subject and while we publicly did not produce a statement, we strongly agreed that any reduction below the current levels is counterproductive and would undermine the integrity of the global brands that our respective CBIs have successfully built. This is the nature of the kind of unity to which the theme refers – a shared recognition that the viability and longevity of our programmes demand that on crucial issues we benefit from standing together.”

Mr. Khan noted that the discussions on harmonizing the region’s CBI programmes will continue throughout the year, and noted that over the next few months CIPA will lead dialogue on regulation of the industry, standardization of process, due diligence and sharing of information where possible.