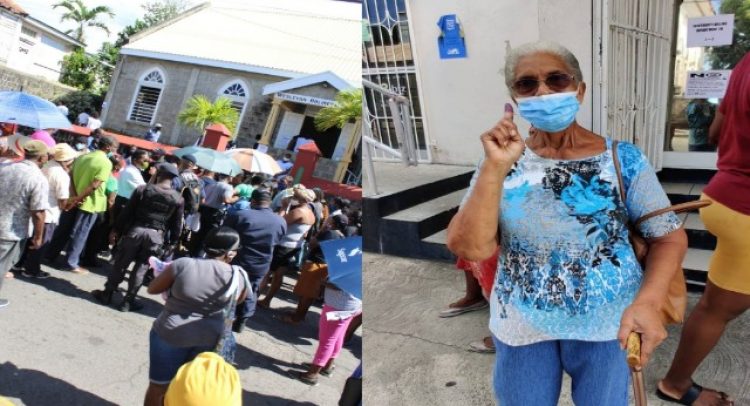 Register to vote where you live

Basseterre, 16th October, 2020 (MyVue News.com)- The practice of citizens, living in one constituency, but registering or voting in a different electoral district, is about to come to an end in St. Kitts & Nevis.

A new Bill passed in the National Assembly of the country, on Thursday, 15th October, 2020, will make it mandatory for citizens to register and vote in the constituency where they live.

The new measure, titled, “The National Assembly Elections (Amendment) Bill, 2020,” got its second and third reading, in the Parliament, but not with the support of the opposition Labour Party.

For decades, this has been a controversial issue, with political parties, candidates and citizens generally, arguing about the unfairness of the practice that allowed persons to vote in constituencies where, at the time of the election, they had not been residing, and in some cases, never truly did have a permanent residence in the district.

There have been known cases where persons who have lived all their years, for instance, in a particular constituency, but somehow managed to be voting in a constituency many miles apart, and where they had never established roots.

If that voter fails to transfer their registration within that 6 months window, it is likely that their name would be struck from the register of the electoral district where they previously resided.

There is some protection, however, for such voters, who would have the right to object to their name being transferred, and would be given seven (7) days to appeal the action.

During the hearing before a judge in Chambers, the voter could request the judge to review the transfer and to make a determination if they are still qualified to remain registered in their old district.

“Mr Speaker, this is a situation that has existed for a long time.  Where individuals in one area build a home in another area where they get married and move to live with their spouse, or for any other reason but for years and successive elections return to the old constituency to vote.  We say Mr Speaker, that people should vote where they live,” argued Prime Minister Harris, during introductory remarks on the Bill in the National Assembly.

Power cut to thousands in California to prevent wildfires