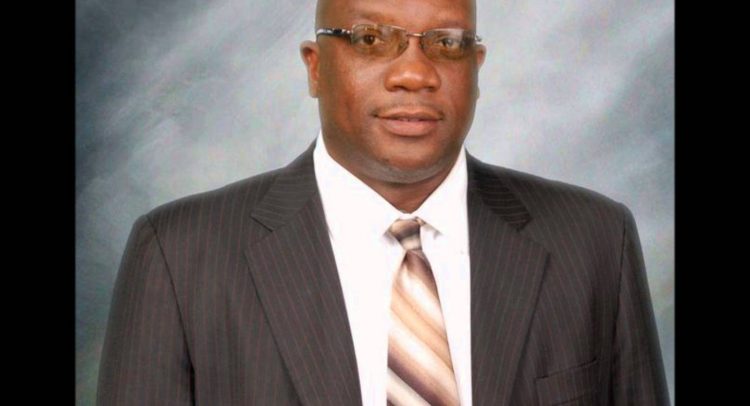 Remarks by Dr the Hon Timothy Harris, Prime Minister and Parliamentary Representative at the Re-commissioning Ceremony for EMT/Ambulance Service and Dental Clinic at the Mary Charles Hospital 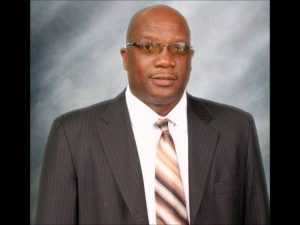 It is indeed gratifying to be back here at Mary Charles Hospital 23 months to the day since my Government officially unveiled a brand-new hospital for all the people in the Keys to Saddlers Medical District.In the 23 months since the reopening of this brand new Hospital, my Team Unity Government has shown that it is serious about delivering primary healthcare services.In these 23 months since we last held a ceremony here at Mary Charles Hospital, we have opened more doors to accessible, community-based and comprehensive healthcare.

Notably, my Government opened the first Oncology (cancer care and treatment) Unit at the JNF General Hospital on December 6th, 2016. One day earlier, the Mental Health Day Treatment Centre (now named the Dr. Arthur W. Lake Mental Health Day Treatment Centre) had its soft opening on December 5th, 2016. We heard the cries of those suffering from cancer. We heard how treatment was a bother and a matter of concern. Last December, on World AIDS Day, the World Health Organization validated St. Kitts and Nevis as having eliminated mother-to-child transmission of HIV and syphilis. We are among the first to have received that validation and we will work to maintain such status.

Furthermore, this past February, my Government officially launched the National Health Insurance Commission, setting the stage for cradle-to-grave insurance coverage regardless of age, employment, income or pre-existing conditions.

Today, we have come back to Mary Charles Hospital, further cementing our commitment and delivering on our promise to provide all of you with state-of-the-art healthcare that is on par with the other medical districts. It was a grave injustice perpetuated from Martin to Herbert to Marcella Liburd in a staunch apathy to improve healthcare offered by the Mary Charles Hospital. My Team Unity Government and I are delighted to be here to re-commission (put back in service) the Dental Clinic and EMT/Ambulance Service at Mary Charles Hospital.

For the first time in many years, Mary Charles and the patients it serves have their own EMT/ambulance and dental services. It is hard to understand why the past administration led by a Medical Doctor caused the people from Keys to Saddlers to suffer by willfully denying us access to ambulance service at this facility.

We brought a solution into being. People matter most to us because we are a people-centred government. We are genuinely a government reflecting the will of the people. Equal concern over the care and support of persons with mental challenges caused us to bring such a facility into being, not only for the sick but also to relieve the burden on their families. All these things we are doing because we care. We are a Team Unity Government.

With the addition of this new 24-hour dispatch point, which will be based permanently at Mary Charles, my Government has brought an ambulance closer to the people of the Keys to Saddlers Medical District.

For the epileptic child, the heart attack patient, the vehicular accident victim, and countless other persons in need of speedy medical care in this medical district, your ambulance service is just around the corner. Thanks to your Unity Government. Your Team Unity Government has brought this EMT/Ambulance Service to fruition, knowing that a quicker ambulance response time is a life-and-death matter and knowing that it can further improve upon our Federation’s relatively high life expectancy rate, which stands at 76 years.

Therefore, the pregnant woman who wakes up at 3 o’clock in the morning facing an unexpected delivery two months early has a much brighter outlook for her and her baby now that an ambulance is stationed 24/7 at Mary Charles Hospital.

With such an important mandate of protecting and prolonging life, the Ministry of Health is ensuring that its EMT personnel receives relevant and updated ongoing in-house training, as well as other continuing educational opportunities. Let me make the point that we value the work of all healthcare workers and we are reviewing proposals to improve your lot including that of the EMT workers.

Equally exciting is the other reason we are here today. This new dental unit at the Mary Charles Hospital expands upon the Ministry of Health’s oral health programme by bringing oral health screening and treatment services to the people of the Keys to Saddlers Medical District.

With fee exemption granted to the disabled, as well as persons over the age of 62 and children, including those who are up to 18 years old and are still in school, the Unit will widen access to dental care.

The unit is also expected to fulfill strategic objectives in relation to oral healthcare, such as reducing the local incidence of dental missing and filled teeth (DMFT) from 50% to 30% among the five to 15 years age group. Today, my Team Unity Government sends the message that we want tooth loss to be eliminated in this generation.

We are a caring government, and the election losers would want you to believe that we have not been doing anything to advance your health. The truth is as early as two months into our tenure, we removed the 17% VAT off of food and medical expenses – the 17% VAT that they callously introduced in 2010, impeding poor people’s ability to feed their family a nutritious, well-balanced diet.

The election losers would want you to believe that we do not care about our nurses nor acknowledge the splendid work that they do. For the record we care about our nurses, our doctors and all health care workers. The election losers do not want you to know the truth, which is that staff members at JNF fully support the pilot 12-hour shift on both the Surgical Ward and Intensive Care Unit that was recently implemented to address some staffing issues. A unanimous decision was taken to pilot the 12-hour shift during a staff meeting at JNF on July 6th.

The election losers do not want you to know that 12-hour nursing shifts have become the norm in developed countries such as the United States and the United Kingdom. St Kitts and Nevis will never be last in the class of progressive entities. We are leaders.

Indeed, research coming out of the United States finds that most hospitals in the U.S. operate on 12-hour nursing shifts because they are easier for administrators to manage, and nurses like them and patient care is more efficiently and beneficially delivered.

The election losers would also want you to believe that preference is being shown to recruit non-national nurses. However, the stark reality is that the recruitment of nurses from the Philippines, for instance, is necessary to fill gaps that exist in the nursing field. And when it comes to the treatment and care of our people, no boundary shall constrain us. We will do what is necessary to help the poor among us. And we will offer quality service.

The stark reality is that, across the world, health institutions require more personnel not less.

While many talented doctors like Dr. Cameron Wilkinson, our Medical Chief of Staff at the JNF General Hospital, and Dr. Hazel Laws, our Chief Medical Officer, have come back to serve their country after having successful careers abroad, there are many young Kittitian and Nevisian doctors and nurses to name who are practicing medicine and running hospitals abroad. It is our hope in due time they will find circumstances propitious to return home.

I take this opportunity to heartily congratulate Dr. Marijka Grey, MD, FACP, who was recently named president of CHI Memorial Medical Group in Tennessee, USA. Dr. Grey’s remarkable career trajectory has made her country very proud. She is one more talented citizen on whom we will call.

In closing, I give highest commendations to the Minister of Health, the Hon. Eugene Hamilton and the Senator with responsibility for Health, the Hon. Wendy Phipps. I also commend the Chief Medical Officer, the Medical Chief of Staff at JNF, as well as other hospital administrators who work closely with them for finding creative solutions to meet our staffing and other needs. I welcome Mrs. Delores Harris to the office of Permanent Secretary in the Ministry of Health and wish her well.

The leadership in the Ministry of Health has never been at a higher caliber than it is now, and today’s ceremony to recommission (put back in service) the Dental Clinic and EMT/Ambulance Service at Mary Charles Hospital is testament to this.

Chris Green to cover for Cameron Delport at Amazon Warriors