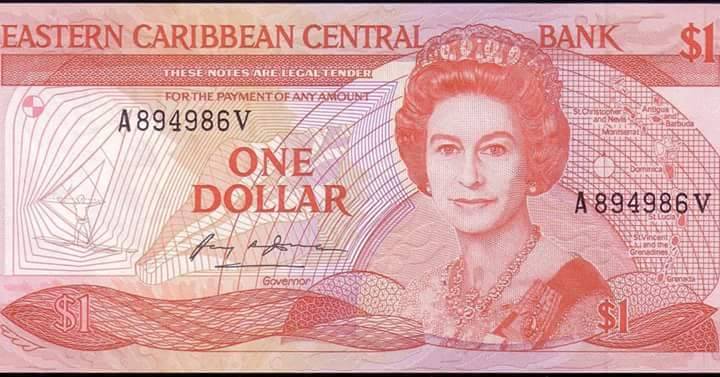 In addition to this one-dollar banknote were the $5, $10, $20, and $100 banknotes. The banknotes continued the themes of the ECCA notes but featured an updated portrait of the Queen. Later the $1 banknote was replaced with the one-dollar coin.