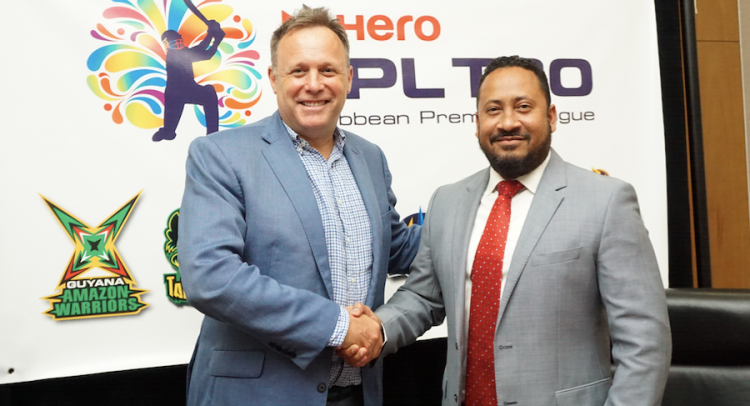 The Hero Caribbean Premier League are delighted to welcome Repsol as a partner for the 2018 tournament, with a special focus being on the seven games to be played in Guyana. Repsol will not only be partnering with CPL for the Guyana Amazon Warriorsâ€™ five home matches, but also for CPLâ€™s two play-off games, which will be played in Guyana for the first time. All matches will be played at the Providence Stadium across August and September.

Repsol will also have a presence at the other 27 league matches which will be played across the tournamentâ€™s six other locations.

Repsol is one of the top companies in the oil and gas industry. They are present across the entire value chain: exploration and production, transformation, development, and marketing of energy that is efficient, sustainable, and competitive for millions of people.

As a global brand with a Caribbean presence they are a perfect fit for Hero CPL who play games in six different Caribbean countries.

Speaking about the partnership Pete Russell, Hero CPL Chief Operating Officer, said: â€œWe are delighted to welcome back Repsol this year and to expand our partnership across the entire league. Repsol are a fantastic company and are superb at what they do. As with last year, the principal focus of our partnership will be in Guyana, where the fan support for CPL is second to none. Repsol are an important part of the Guyanese economy and through our partnership we will ensure local fans get to see plenty of high quality cricket, whilst the investment in staging the games ensures the local economy gets a significant boost.â€

â€œRepsol is pleased to sponsor the Caribbean Premier League, and we are proud to support Hero CPL in bringing world-class cricket to Guyana,â€ Repsol Guyana Country Manager, Ryan Ramjit, said. â€œAs a West Indian, I am proud that Repsol made the investment to bring this exciting cricket format to the people of Guyana and the wider Caribbean.â€

ABOUT THE HERO CARIBBEAN PREMIER LEAGUE:

Sao Paulo forum calls to defend Venezuela, Nicaragua and the people of Brazil