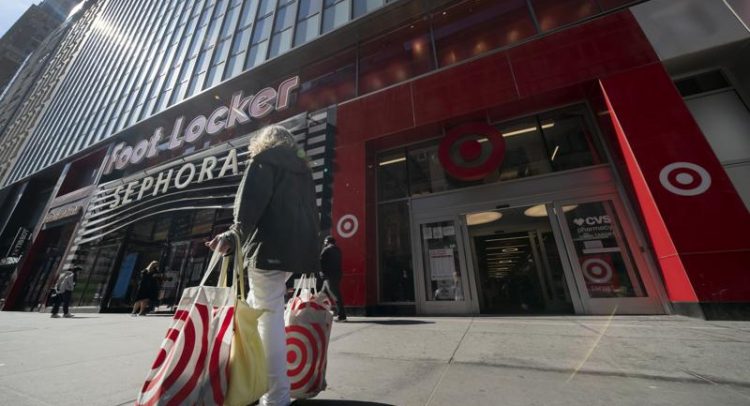 Retail sales were flat in April as stimulus spending waned

NEW YORK (AP) — Retail sales in the U.S. were flat in April after soaring in March, when many Americans received $1,400 stimulus checks that boosted spending.

The report Friday from the U.S. Commerce Department was worse than the 0.8% rise Wall Street analysts had expected. But it wasn’t all bad: March’s number was revised upwards to 10.7%. Americans started receiving a third round of stimulus checks that month, helping retail sales soar.

The question is whether consumers will continue to spend without stimulus checks. “The April retail sales tip the odds toward slower sales in the coming months,” said analysts at Contingent Macro Advisors.

Friday’s report comes amid other signs the economy is improving as vaccinations accelerate and business restrictions are relaxed. The number of Americans seeking unemployment benefits fell last week to 473,000, a new pandemic low. And consumer confidence hit its highest level last month since the pandemic began.

On Thursday, the U.S. Centers for Disease Control and Prevention said vaccinated Americans don’t need to wear a mask or social distance outdoors and in most indoor settings, which may get more people to travel, eat out or shop.

Consumer spending, which makes up two-thirds of all economic activity in the U.S., is closely monitored by economists to gauge the nation’s economic health. Friday’s report covers a third of all consumer spending, but doesn’t include services, like hotel stays or haircuts.

The report on Friday suggests Americans were heading out last month to eat instead of shop. Sales at restaurants and bars rose 3%. But sales fell at stores that sell clothing, sporting goods and furniture.

A woman carries Target shopping bags as she leaves the store, Monday, April 19, 2021 in New York. Retail sales in the U.S. were flat in April, after soaring in March, when many Americans received $1,400 stimulus checks that boosted spending. The report from the U.S. Commerce Department was worse than the 0.8% growth Wall Street analysts had expected. (AP Photo/Mark Lennihan)

Government will continue to rely on a comprehensive safety and security approach to combat the COVID-19 Virus in St. Kitts and Nevis

Nicki Minaj is obsessed with 'The Crown' -- like, really obsessed