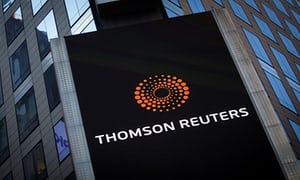 Reuters News to get $325 million annually under Blackstone offer: sources

Blackstone Group LP (BX.N) has agreed that annual payments of $325 million would be made for 30 years to the Reuters News business as part of an offer by the U.S. private equity firm to buy a majority stake in Thomson Reuters’ (TRI.N) (TRI.TO) Financial and Risk unit, two sources familiar with the matter said on Tuesday.

The payments – which would amount to almost $10 billion over three decades – would be made by the new Financial and Risk company for Reuters news content, the sources said. Blackstone would own 55 percent in the new company and Thomson Reuters would retain a stake of 45 percent.

Thomson Reuters, the parent of Reuters News, said late on Monday it was “in advanced discussions with Blackstone regarding a potential partnership in its F&R business”. Reuters News supplies news to the Financial and Risk unit’s desktop product, Eikon.

Think two steps ahead in ODIs, unlike in Tests - Rohit

What is going on in southern Yemen?