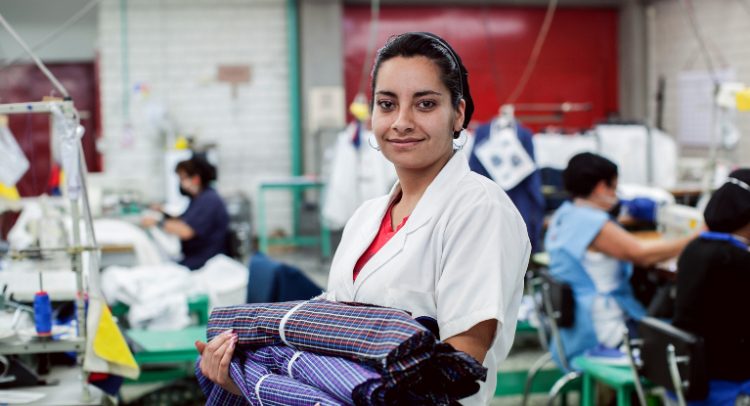 Women were 44 percent more likely to lose their jobs in the crisis than men. Permanent job losses affected one in five women according to a new World Bank report.

WASHINGTON, March 4, 2021 – Working women in Latin America and the Caribbean were disproportionately affected by the Covid-19 pandemic compared to men. This fact underscores the need for the countries of the region to adopt measures to prevent the widening of the gender gap in the labor market, which persists despite decades of progress.

Women’s participation in the labor market rose from 41 percent in 1990 to 53 percent in 2019, a significant upward trend that is at risk of reversing in the current context, according to a new World Bank report.

“Women tend to have a more fragile employment situation than men, with jobs in the informal sector, in tasks that require more face-to-face interaction and less remote work, such as trade, personal care or tourism,” said Ximena Del Carpio, World Bank Practice Manager for the Poverty and Equity Practice Group for Latin America and the Caribbean. “In times of crisis, these workers are much more vulnerable to changes in the labor market.”

According to the policy note The Gendered Impacts of COVID-19 on Labor Markets in Latin America and the Caribbean prepared by the World Bank’s Gender Innovation Lab (LACGIL), at the onset of the pandemic, women were 44 percent more likely than men to lose their jobs temporarily or permanently (56 percent chance for women, 39 percent for men).

This gap remained virtually unchanged at around 15 percent once temporarily unemployed workers began to return to their jobs. However, the report underscores that permanent job loss affected one in five women.

Not all countries were affected equally. At the onset of the pandemic crisis, Honduras and Costa Rica had the highest gender gaps, where women were 25 percentage points more likely than men to be unemployed. Bolivia and Peru exhibited the smallest differences at the regional level, at 10 percent and 11 percent, respectively.

The report indicates that 56 percent of the job losses during the crisis were concentrated in trade, personal services, education, and hotels and restaurants. Those are four of the five most highly female-intensive sectors, employing 60 percent of female workers before the pandemic. This suggests a growing gap in the labor market, with potential effects on women’s empowerment, exacerbating intrahousehold imbalances and domestic violence.

The study conducted three rounds of telephone surveys in 13 countries of the region between May and August 2020, with 13,152 observations. The surveys focused on the employment situation of men and women during the pandemic and changes in household income and access to services, among other aspects. Based on the findings, the report offers public policy recommendations to reverse the negative impacts of the pandemic on women’s labor market participation and to ensure an inclusive recovery.

Immediate public policy responses should incorporate the gender perspective and create the conditions and incentives for women to work. They should also include programs to help women most affected by the crisis and those without access to social protection coverage. Additionally, they should support self-employment, promote training and job placement programs, and provide incentives for the formalization of female workers.

Congratulations to The Four Seasons Hotel at Thirty