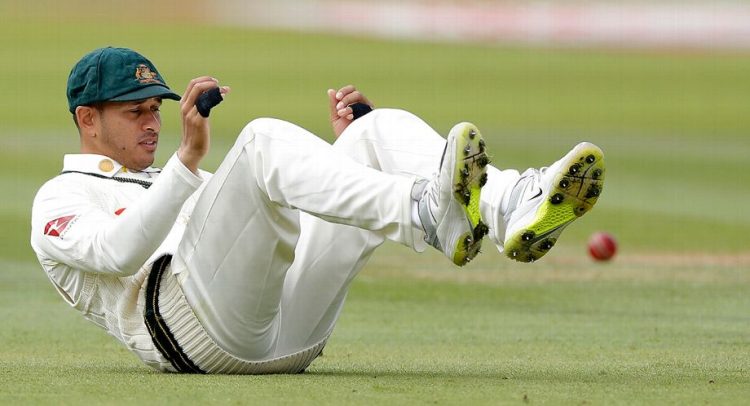 Ricky Ponting believes inconsistent form and “not being able to produce his best” in international cricket has made Usman Khawaja’s prospects of a Test recall “difficult”.

Khawaja last played for Australia during the 2019 Ashes in England, where he lost his No. 3 spot to Marnus Labuschagne, and was left out of the home Tests against Pakistan and New Zealand in November-December.

Fresh doubts over Khawaja’s immediate future emerged in April when he wasn’t offered an annual retainer by Cricket Australia. Trevor Hohns, the selection convener, said at the time that Khawaja was “one of the unlucky ones”, before explaining how poor form in the Sheffield Shield – he made 202 runs at 18.36 in 11 innings – hurt his prospects.

Ponting believes Khawaja may be able to turn it around yet should he score “truckloads of runs” for Queensland this coming summer, but a recall probably still remains a tall order.

“I honestly think now he’s going to find it difficult [to get back into the Australian team] and I feel for him,” Ponting told ABC Grandstand. “I love Usman Khawaja, I got really close to him over the last 10 years since he made his debut and I talk to him quite regularly.

“I’ve always felt he’s a very good player and we probably never saw the absolute best of him at international cricket. We saw glimpses of it, and dribs and drabs, but not the consistently good player I thought he could have been for Australia.”

Thirty-three-year-old Khawaja, who has also been out of Australia’s ODI side since the end of the 2019 World Cup round-robin games, remains steadfast in his belief of being among the top-six batsmen in the country.

“Without sounding arrogant, I still feel like I’m one of the top-six batsmen in the country,” Khawaja told Fox Sports. “Age is just a number and if you’re performing, you’re performing; it’s not like I’m 37 or 38 and coming into right at the end of my career.

“My playing against spin has been right up there as some of the best in the county. Bar maybe Steve Smith, who is an absolute genius. But the most important thing is to score runs.”

Photo: Usman Khawaja fell out of favour for Australia after the 2019 Ashes (Getty Images)