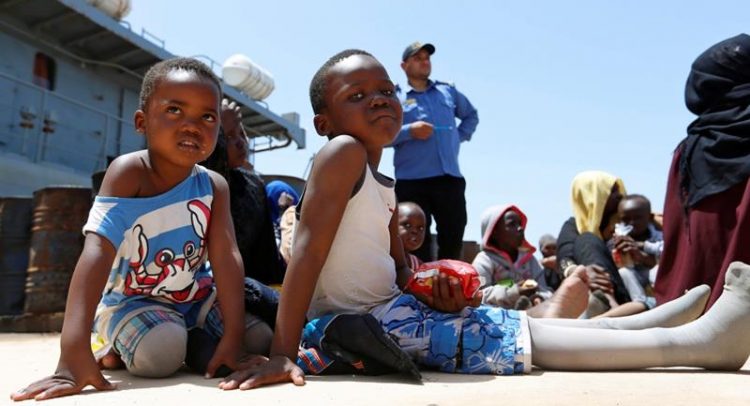 Humanitarian agencies and rights groups have denounced a hard-fought but vaguely worded European Union deal on migration, announced just as another boat sinking off Libya led to the apparent drowning of at least 100 people.

The agreement, sealed early on Friday in a tense Brussels summit after a night of haggling, appeared to be aimed at preventing entry for even the most vulnerable people, Doctors Without Borders (known by its French initials, MSF), said in a statement.

“The only thing European states appear to have agreed on is to block people at the doorstep of Europe regardless of how vulnerable they are, or what horrors they are escaping,” said Karline Kleijer, MSF’s emergencies chief.

She also accused the deal of aiming to “demonise non-governmental search and rescue operations”.

The 28 leaders agreed to consider setting up “disembarkation platforms” outside the bloc, most likely in North Africa, in a bid to discourage migrants boarding EU-bound boats.

No third country has so far offered to host these reception centres, where authorities would distinguish between irregular migrants and asylum seekers admissible into the EU.

According to the EU deal, member countries could also set up processing centres – but only on a voluntary basis – to determine whether the arrivals returned home as economic migrants or were admitted as refugees in willing states.

Kleijer was especially critical of the likelihood that migrants would be sent to chaotic situations in Libya, where refugees have faced abuse, exploitation and trafficking.\

“Without batting an eyelid, they have formalised – through financing and training – the use of the Libyan coastguard to intercept people and return them to Libya,” she said.

“European governments do this fully in the knowledge that these people will be sent to arbitrary detention and subject to extreme abuse.”

Kleijer warned that the EU’s “actions block and obstruct us from doing the work EU governments are failing to do, all the while dehumanising people in need”.

“Any deaths caused by this are now at their hands,” she said.

Libya is one of the countries in which the EU is considering setting up its “disembarkation platforms,” along with Algeria, Egypt, Morocco, Niger and Tunisia. However, details are still vague.

The United Nations High Commissioner for Refugees (UNHCR) cautiously welcomed the EU’s new plan but cautioned that it must be made clearer and said African involvement via the African Union regional bloc in the plan was “indispensable”.

UNHCR spokesman Charlie Yaxley noted that for the fifth year in a row the “grim milestone” of 1,000 migrant deaths in the Mediterranean has been crossed already – and it’s still only in the first half of 2018.

The Libyan coastguard said on Friday that about 100 people were missing and feared dead after their boat capsized off the coast of the country. Fourteen others were rescued after being picked up from the sea.