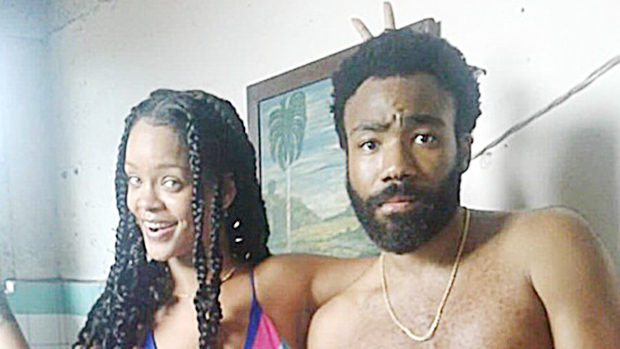 Rihanna Has Her Sights Set On An Oscar — Is She Quitting Music? Rihanna may have ‘her sights on an Oscar’ now that she’s allegedly filming a movie with Donald Glover — could she be the next Whitney Houston? Is she quitting music? We’ve got the scoop!

Rihanna, 30, seemed to be one happy camper, as she was seen dancing to a Childish Gambino (aka Donald Glover) song in the streets of Havana, and now we know why. She’s reportedly been filming a secret project with the 34-year-old actor/singer, and a source close to Rihanna tells HollywoodLife EXCLUSIVELY that she may be aiming for Oscar gold! “Rihanna loves everything about acting. She loves learning about a new character and then immersing herself into the role and becoming a new person, and living a new life for a period of time before going back to her everyday business. Rihanna’s still pretty new to acting, but she’s a natural and she learns quickly, and she’s already got some pretty good performances under her belt,” our source says.

So what kind of acting is she hoping to do? Well, “Rihanna would really love to push herself though and do something really dark and edgy, something really out of her comfort zone and totally unexpected—and, knowing Rihanna, if she wants it, she’ll make it happen. Whatever Rihanna sets her mind to she excels at, she’s already aced the music world and she has a ton of Grammys to show for it, so don’t be surprised if she sets her sights on an Oscar in the future.” We could totally see Rihanna winning an Oscar!

But if you’re worrying about whether she’ll quit music to pursue a career in acting full-time, don’t worry. Our source adds, “Don’t expect her to quit music though, she would never do that, music is her first love, and she will always make music—Rihanna doesn’t see any reason why she can’t do both though, and be amazing at both, like Whitney Houston.”

HollywoodLife has reached out to Rihanna’s rep for comment