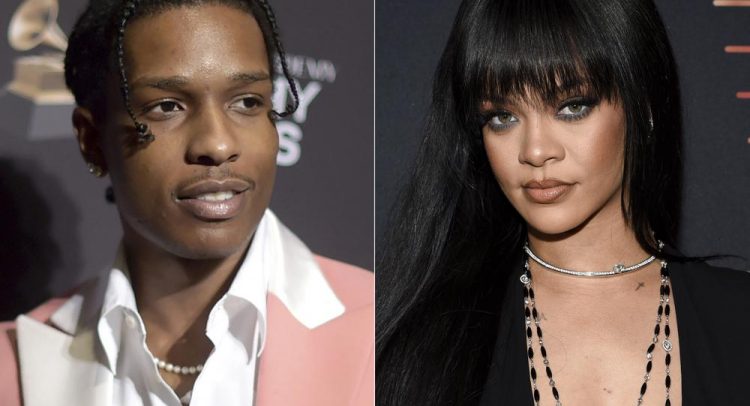 Rihanna is pregnant, debuts bump on stroll with A$AP Rocky

NEW YORK (AP) — Rihanna and A$AP Rocky took an epic stroll over the weekend in snowy New York to reveal she’s pregnant with her first child.

Despite the frigid temperatures, the 33-year-old “Diamonds” singer and fashion mogul showed off her bump in a long open pink coat (vintage Chanel) and ripped jeans as her boyfriend beamed by her side in Harlem, which is A$AP’s home neighborhood.

In one photo, the two hold hands with smiles on their faces In another, he kisses her forehead. Her bump was well adorned with a long jeweled necklace. The photos were published by People.

Rihanna spoke of motherhood in 2019 at her fifth Diamond Ball in New York City:

After months of dating rumors, the two publicly transformed their longstanding friendship into a romance during the pandemic. In an interview with GQ magazine in May 2019, A$AP called her “my lady” and “the love of my life.” Of the relationship, the “PMW” rapper spoke of their travels the previous summer in a rented tour bus and how the experience cemented their bond.

Asked what it felt like to be in a relationship after his past as a ladies’ man, he said: “So much better when you got the One. She amounts to probably, like, a million of the other ones. I think when you know, you know. She’s the One.”

He also spoke of having children in the future, telling GQ: “If that’s in my destiny, absolutely. … I think I’d be an incredible, remarkably, overall amazing dad. I would have a very fly child.”

No further details about the pregnancy were disclosed.

In this combination photo, A$AP Rocky attends the Pre-Grammy Gala And Salute To Industry Icons in Beverly Hills, Calif. on Feb. 9, 2019, left, and Rihanna attends her Savage X Fenty Show Vol. 3 premiere in New York on Sept. 22, 2021. A photo published on People.com shows the rapper with Rihanna who is exposing her baby bump, confirming the 33-year-old “Diamonds” singer and fashion mogul is pregnant with her first child. (AP Photo)