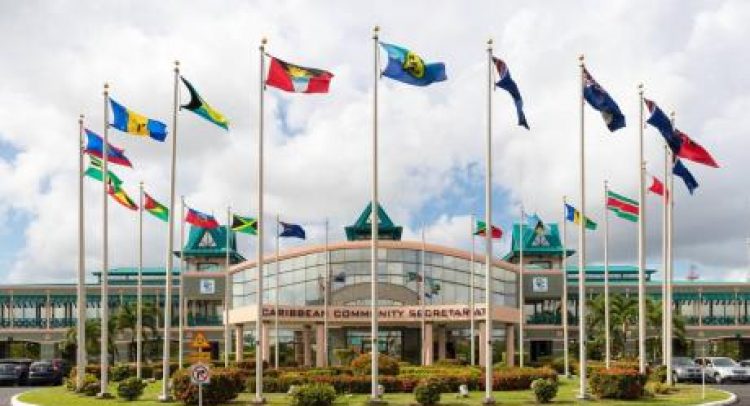 Rosalea Hamilton | The CARICOM fiasco: What next?

The Gleaner article ‘RIP CARICOM’ on March 28, 2021, referenced the article by Minister Camillo Gonsalves, titled ‘Every island for itself…’, which dramatically highlighted the vote that took place at the Organization of American States (OAS) Permanent Council meeting on December 16, 2020, when, he noted, “the idea of CARICOM died”.

This article, as well as other articles by Ambassadors Curtis Ward and Ronald Sanders, provides insightful details of the OAS vote against the government of Trinidad and Tobago. Gonsalves asserted that what killed the idea of CARICOM is that for the first time in its history, “CARICOM member states not only declined to come to the aid of one of their own, but explicitly supported the attack”. What a fiasco!

In summary, at the OAS meeting, the government of Trinidad and Tobago (T&T) was falsely blamed by an agent of Juan Guaidó, the former Venezuelan opposition leader, for the loss of lives of several Venezuelans within the territorial jurisdiction of Venezuela. Instead of defending T&T, The Bahamas, Jamaica, and Haiti voted against T&T and supported an unelected politician representing Venezuela who is not a member of the OAS, a body that only admits states as members. This fiasco was worsened by the fact that Jamaica chaired the meeting, ignoring the objections raised by the representatives of Antigua and Barbuda and St Vincent and the Grenadines and, according to Gonsalves, could have ruled “on whether to hear, accept or reject the Guaidó attack”.

WRITING ON THE WALL

Apparently, the writing was on the wall from March 2019 when President Trump invited only four CARICOM heads of government from Jamaica, The Bahamas, Haiti, and St Lucia to his Mar-a-Lago resort in Florida and excluded all other CARICOM heads. It may be no coincidence that the three countries that voted against T&T attended the Mar-a-Lago meeting. It is just incredulous that in 2020, after centuries of divisive colonial strategies used to weaken our capacity to unite in pursuit of our collective interests, our leaders continue to fall prey to ‘divide and rule’ tactics.

What is amazing is that after this blatant breach of the spirit and letter of Article 16 of the Revised Treaty of Charguaramus, which requires responsible ministers to coordinate foreign policy, the CARICOM Heads of Government met at the 32nd Intersessional Meeting on February 24-25, 2021, without any reference to the December 16 fiasco. Even more amazing is that Prime Minister Keith Rowley of Trinidad and Tobago chaired the meeting.

The heads “reaffirmed the critical role of the CARICOM Single Market and Economy (CSME) in the region’s strategy for sustained economic growth, to build economic resilience by developing the capacity to withstand both external and internal shocks to the Community,” and “expressed continuing concern about the progress made and the outstanding actions still required to advance implementation of the CSME, particularly to support economic recovery in the face of the debilitating impact of COVID 19”. After the unprecedented, divisive vote against a CARICOM member state on December 16, 2020, is the regional unity and solidarity required to achieve the CSME really possible?

Where do we go from here?

The people of the Caribbean must rebuild and strengthen Caribbean solidarity! This recent CARICOM debacle is ultimately due to the dominance of executive government that has over-centralized power in all the capitals of CARICOM. It is time for Caribbean people to step up to the plate and demand real representative government that can truly reflect the will of Caribbean people. It is imperative that we break with the old, inherited governance arrangements that have entrenched power and wealth in the hands of a few, with no institutional mechanisms to hear the voice of the majority of people they represent. Without participatory governance arrangements, rooted in the political parties that ultimately take power, our political leaders cannot meaningfully represent the diverse needs of rapidly changing Caribbean societies, especially now in a global pandemic. Without such arrangements, I am not convinced that a vote against Trinidad & Tobago (or any other CARICOM member state for that matter) represents the will of the people of Jamaica, Haiti or The Bahamas. Without such arrangements in place in each CARICOM country, the CARICOM experiment is destined to fail, or is now dead, as Gonsalves suggest.

It is time for Caribbean people, especially young people, to take control of our region, our future and our destiny. Ultimately, this means active involvement in the process of creating representative government with effective oversight of the executive and establishing institutional arrangements to facilitate routine engagement with the public. ‘Every island for itself’ is a devastating strategy, especially in the face of the existential threat of climate change in our region. On the contrary, I am encouraged by the collective spirit of Caribbean unity that I have experienced in working across 20 Caribbean countries and territories in seeking to tackle climate change through a Caribbean Tree Planting Project. Through our shared understanding and commitment to the need to collaborate and to build climate resilience, the Caribbean Philanthropic Alliance have mobilised philanthropy to plant more than 800,000 trees in collaboration with nearly 350 organisations across the Caribbean in 2020, in the face of a global pandemic. This people-led initiative was only possible because there are people in the English-, French-, Dutch- and Spanish-speaking Caribbean, especially young people and indigenous people, who truly understand the principle of solidarity and the ethos of ‘all for one, and one for all’.

It’s time for Caribbean people to get up and stand up for a united Caribbean!