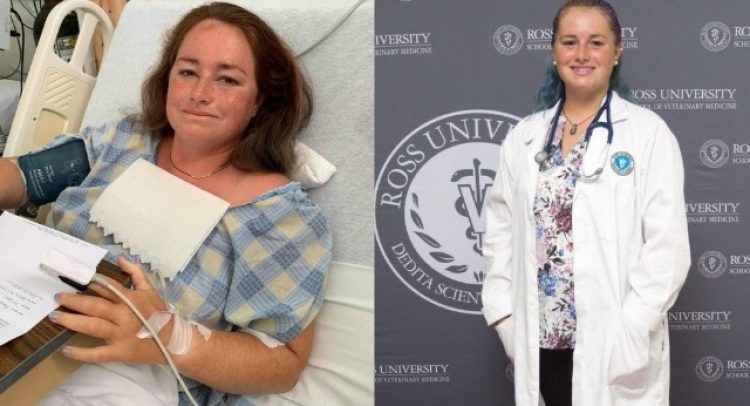 Basseterre, 12th January, 2021 (MyVue News.com)- The Ross University student who was attacked last weekend by a Tiger Shark, while on a kayaking and swimming excursion at the Southeast Peninsula, is now seeking assistance to help cover the rising medical costs associated with her injuries.

In a social media post on Tuesday, Paige Toussaint, who described herself as the older sister of Brook, said a GoFundMe page has been set up to help the student to help with the medical expenses.

“Hello family and friends, as many of you know, Brook was about to begin her final semester of didactic learning at the Ross University of Veterinary Medicine on the Island of Saint Kitts. Unfortunately, due to a scuffle with a shark, those plans have changed,” said the social media post.

The student was part of a group of seven who went on an excursion, in the vicinity of the Narrows, which is a two mile stretch of open water separating the islands of Nevis and St. Kitts.

Most of the injuries were to her left leg and right hand, which according to family sources, she used to help fight off the attack with punches.

She was assisted by her swimming partners who administered whatever assistance possible, while they awaited the Coast Guard and emergency services.

She eventually was taken to the Alexandria Hospital in Nevis, and underwent emergency surgery, but lost her leg.

However, the decision was taken to have her transported for further medical attention in Houston, Texas, USA, where she remains in stable condition and is recovering.

“The recovery process will be tough and lengthy, so we appreciate any donations as expenses are likely to be significant,” said the sister in her Facebook post.