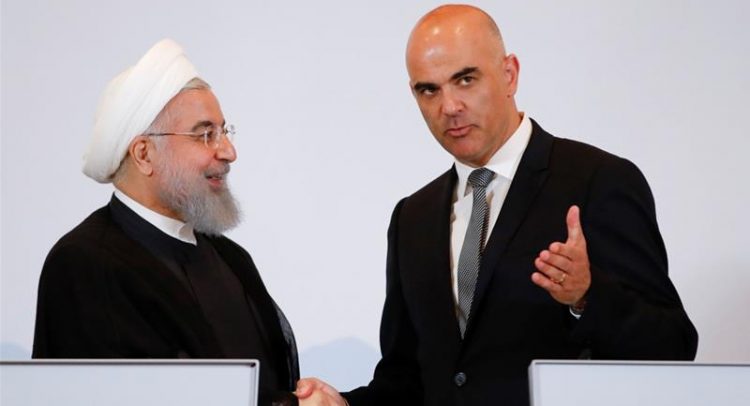 Rouhani: Iran to stick to nuclear deal if interests are preserved 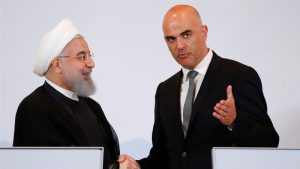 Iranian president Hassan Rouhani has said he will respect the nuclear deal with world powers as long as the country’s interests are preserved.

Speaking in Switzerland alongside President Alain Berset on Tuesday, Rouhani said Iran is “committed” to promises made in terms of non-proliferation.

“After the JCPOA [nuclear deal] we showed very clearly that whatever promise we make, we stand by,” Rouhani said.

The Iranian leader is in Switzerland in hopes of saving the nuclear deal after US President Donald Trump withdrew from the international agreement in May.

Berset said that Switzerland was also committed to upholding the deal, which he called “an unprecedented success for international diplomacy”.

Rouhani also said the US would never be able to “zero” Iran’s oil exports.

On Monday, the US state department spelled out a campaign of “maximum economic and diplomatic pressure” to drive Iran towards negotiating a “better” deal to replace the Iran nuclear deal.

Brian Hook, the state department’s director of policy planning, told reporters that a goal of the US was to get as many countries as possible down to zero Iranian oil imports.

“Our goal is to increase pressure on the Iranian regime by reducing to zero its revenue on crude oil sales,” Hook said.

“We are working to minimise disruptions to the global market but we are confident there is sufficient global spare oil capacity.”

Saudi Arabia’s King Salman promised Trump at the weekend that he would raise oil production if needed and that the country has 2 million barrels per day of spare capacity to boost output, the White House said.