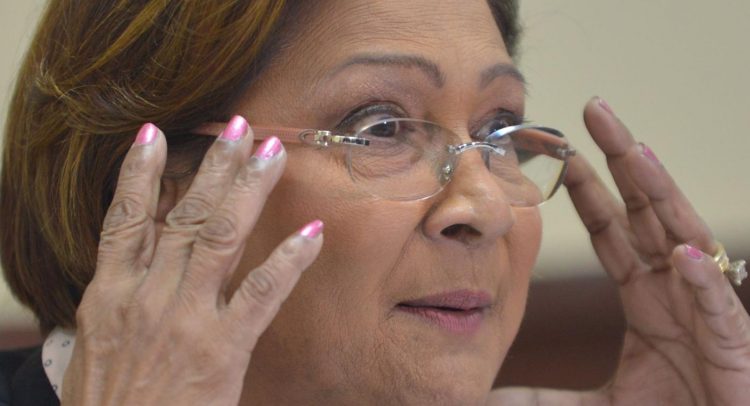 ‘Rowley does not want to admit to Covid spike’

Prime Minister Dr Keith Rowley is afraid to admit that there is a spike in the Covid-19 virus as this is the basis of the People’s National Movement (PNM) electoral campaign says Opposition Leader Kamla Persad-Bissessar.

Speaking at a virtual meeting on Thursday the former Prime Minister said that the PNM is playing games with the population and if there was no pandemic the Government would have absolutely nothing to boast about.

“Rowley is aware that if he admits a spike it will only allow that to contradict his campaign rhetoric that we handled it well. So he’s playing games with this thing,” she said.

Persad-Bissessar said Trinidad and Tobago followed the health protocols of other countries globally in terms of closing the borders but more planning was needed to battle the virus which the PNM Government failed to provide.

“Ask yourself if the borders were closed where did the spike come from?” she fair as she reminded that when the borders were supposed to be closed Venezuelan Vice President Delcy Rodriguez and her entourage entered T&T.

Persad-Bissessar said hundreds of illegal immigrants are coming through the borders and action is needed.

She said what the country needs now is a clear plan and the political will to take tough action to protect citizens.

The UNC, she said, has a proper plan.

She said the party has launched a nine-point plan to defeat the risk posed by this virus, which we will implement immediately upon entering office.

She further said that Covid testing will be ramped up.

Persad-Bissessar also reminded that in the 2015 general election Rowley had called for international observers which were provided.