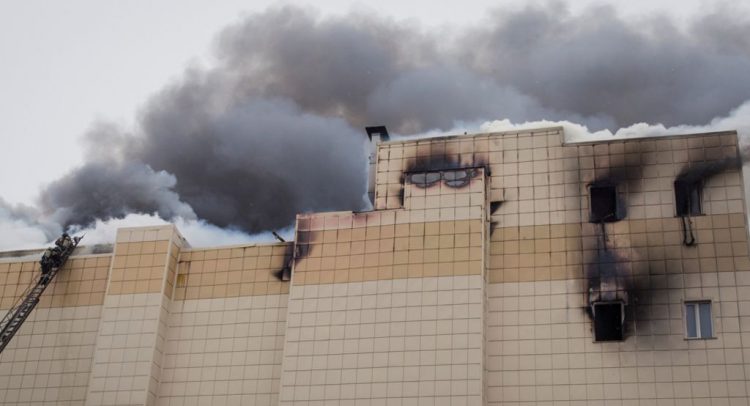 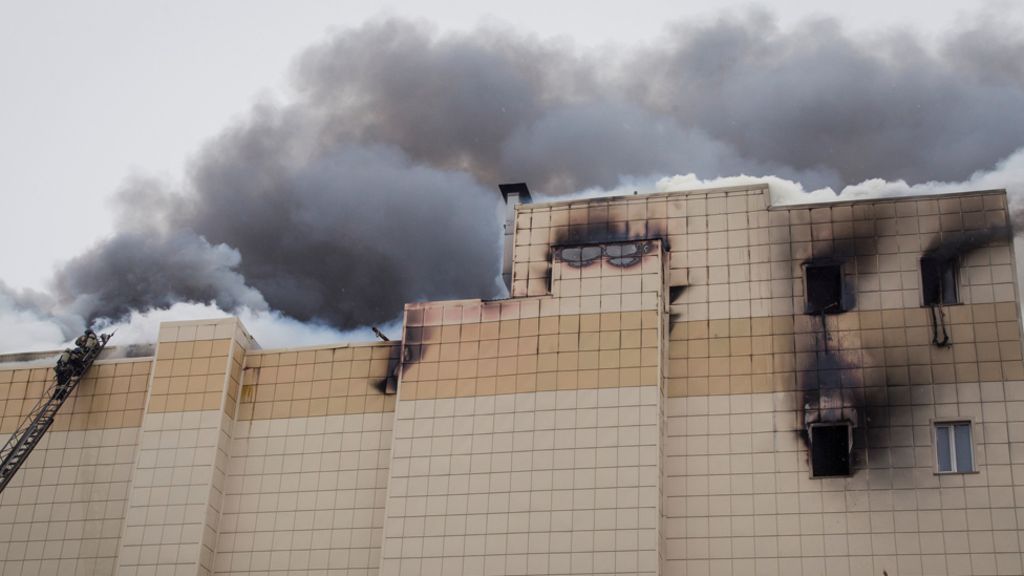 Russian investigators and witnesses say there was no alarm and exits were blocked when a fire engulfed a shopping and entertainment mall in Siberia, killing at least 64 people.

Many of the victims in the coal-mining city of Kemerovo were children.

Sunday’s blaze started on an upper floor. The mall’s shops, cinema and bowling alley were packed at the time.

The Investigative Committee says a fire safety technician at the complex “switched off the alarm system” after being alerted about the fire.

The committee says two other fire safety officials have been detained for questioning, along with the Winter Cherry complex’s technical director and the manager of a business located where the fire started.

Ten people are still listed as missing. Local teachers are trying to trace their pupils, who were on holiday. They do not know how many were in the complex.

In a Facebook post (in Russian), Kemerovo politician Anton Gorelkin said that “fire exits were shut, turning the complex into a trap” and “there was no organised evacuation”.

He also said a fire extinguisher that could have doused the flames at the start did not work.

The region’s deputy governor, Vladimir Chernov, said “this is the question: why were the doors shut?”

Russian media said most of the roof had collapsed. The fire engulfed a children’s trampoline room and a cinema on the fourth floor.

The cause of the fire is not yet known.

Firefighters said the building was still smouldering a day later, with smoke billowing out and the remaining structures at risk of collapse.

What do we know so far?

Deputy governor Chernov was quoted as saying the fire probably began in the children’s trampoline room.

“The preliminary suspicion is that a child had a cigarette lighter which ignited foam rubber in this trampoline room, and it erupted like gunpowder,” he said.

However, Rossiya 24 TV, a national broadcaster, said an electrical fault was the most likely cause – as in most previous deadly fires in Russia.

Two witnesses told BBC Russian that they had seen the fire blazing in the trampoline room on the fourth floor but had not heard any fire alarm.

Meanwhile, witness Anna Zarechneva told Russian RBC News that “a woman burst into the cinema during the film and shouted ‘Fire! Fire!’, and we started running out”.

“The lights didn’t come on in there to help us escape. We got out by following the floor lighting. But at that point no alarm bells were ringing. I only heard an alarm when I reached the first floor.”

The daughter of a shop assistant who was working on the second floor said “the alarm didn’t go off… she learnt about the fire from a man who ran past her – there was no help from any staff”.

Jamaica partners with UN to launch campaign against human trafficking