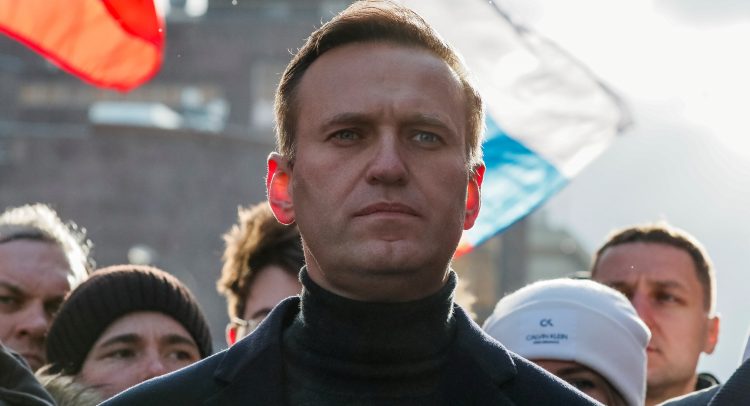 A Russian judge has been asked to jail Kremlin critic Alexey Navalny in absentia for, among other infractions, having allegedly broken the terms of a suspended sentence he had been serving, court documents showed on Tuesday.

Navalny, one of President Vladimir Putin’s leading critics, was airlifted to Germany for treatment in August last year after collapsing on a plane in what Germany and other Western nations say was an attempt to murder him with a Novichok nerve agent.

Last month, Russia’s Federal Prison Service (FSIN) ordered him to immediately fly back from Germany, where he is convalescing, and report at a Moscow office or be jailed if he failed to return in time.

It accused him of flouting a suspended sentence he had been serving over a conviction dating from 2014, and of evading the supervision of Russia’s criminal inspection authority.

On Tuesday, a court database showed authorities had requested that the suspended sentence be cancelled, raising the prospect of a custodial sentence instead.

“Putin is so furious I survived his poisoning that he ordered the FSIN to go to court and demand that my suspended prison sentence be changed to a real one,” Navalny tweeted.

His spokeswoman Kira Yarmysh accused Russian authorities of trying to scare Navalny into not returning to Russia, something he has said he intends to do ahead of parliamentary elections due in September 2021.

Russia has said it has seen no evidence he was poisoned and has denied trying to harm him.

The Kremlin has said Navalny is free to return to Russia at any time like any other Russian citizen.

Main Photo: Navalny was airlifted to Germany for treatment in August after collapsing on a plane in what Germany and other Western nations say was an attempt to murder him with a Novichok nerve agent [File: Shamil Zhumatov/Reuters]