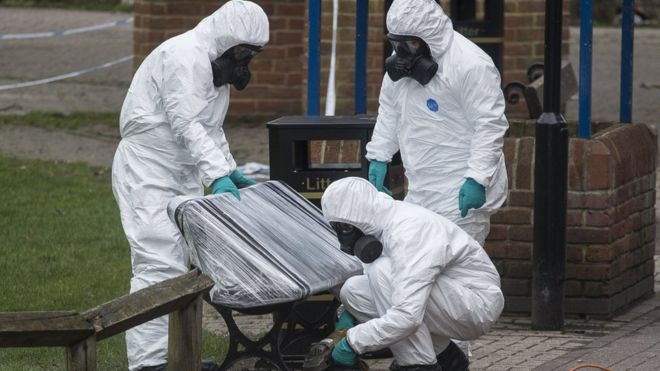 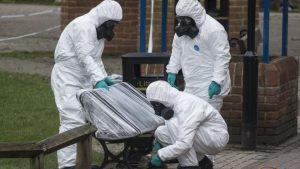 There is “no way” any nerve agent held at the UK’s Porton Down lab could be linked to the poisoning of a Russian ex-spy and his daughter, the site’s chief executive has told the BBC.

Gary Aitkenhead said suggestions by Russia that the proximity of the labs to the incident Salisbury might be somehow suspicious were “frustrating” .

He said the laboratory had the “highest levels” of controls and security.

Sergei Skripal and his daughter Yulia remain in a critical condition.

Public Health England says people who had been in the Mill pub and Zizzi restaurant in Salisbury visited by the Skripals wearing clothing that can only be dry cleaned will need to have the items destroyed.

In updated advice, PHE said they should arrange to have their clothes collected by the council and will be compensated. Its earlier advice had been to wash possessions as a precaution and double bag in plastic clothes that needed dry cleaning until further notice.

Meanwhile, the bench the Skripals were sitting on when they were found unconscious on 4 March has been removed by a team in protective suits, as the investigation continues.

Prime Minister Theresa May had told MPs that scientists at Porton Down had identified the substance used in the attack as belonging to a group of military-grade nerve agents known as Novichok, developed by Russia.

Moscow denies responsibility for the attack on Mr Skripal and his daughter in Salisbury on 4 March.