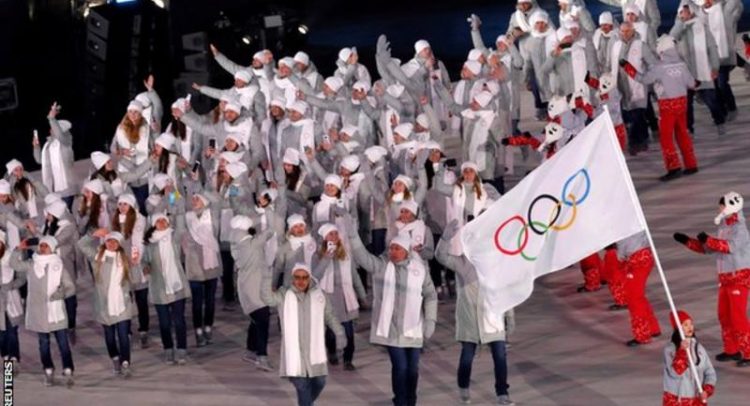 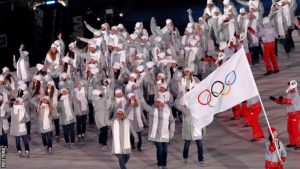 Russia’s Olympic membership has been restored by the International Olympic Committee (IOC) following its suspension from Pyeongchang 2018.

Russia was banned from February’s Games by the IOC over state-sponsored doping.

Before Sunday’s closing ceremony in South Korea, the IOC had said the ban would be lifted, so long as there were no more anti-doping violations.

All the remaining tests on the Olympic Athlete from Russia (OAR) team came back negative, the IOC said.

“The suspension of the Russian Olympic Committee is automatically lifted with immediate effect,” the IOC said in a statement.

“The Russian Olympic Committee has had its rights fully restored,” he said on state TV on Wednesday.

A total of 168 Russians competed as part of a neutral OAR team at the Winter Olympics, but two failed drugs tests.

They had all been required to prove they were clean before the Games.

The OAR team was the third largest and won 17 medals, including two golds.

Why was Russia banned in the first place?

The IOC in December banned Russia from competing in Pyeongchang, having concluded that it ran a systemic, state-sponsored doping programme during the Winter Olympics it hosted in Sochi in 2014.

Allegations of the country’s doping programme had first surfaced in 2015, with whistleblowing doctor Grigory Rodchenkov, director of Russia’s anti-doping laboratory during the Sochi Games, a key figure.

He alleged Russia ran a systematic programme of doping. He claimed he had created substances to enhance athletes’ performances, and that the country’s secret service had been helped switch urine samples to avoid detection.

The World Anti-Doping Agency (Wada) enlisted the services of Canadian law professor and sports lawyer Dr Richard McLaren to look into the allegations.

The McLaren report concluded 1,000 athletes across 30 sports benefited from the doping programme between 2012 and 2015.

Wada obtained what it said was a Russian laboratory database which it felt corroborated McLaren’s conclusions, while retesting of Russian athletes’ samples resulted in a host of retrospective bans and stripping of medals.

Russia is also banned from the 2018 Winter Paralympics in March but, again, some athletes will compete as neutrals.