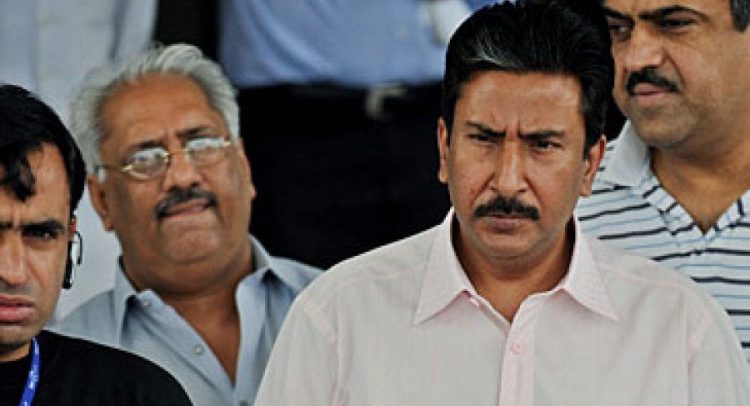 Saleem Malik has formally responded to a pending inquiry stemming from a newspaper sting operation carried out 20 years ago. The responses, filed to the PCB, ESPNcricinfo understands, are to questions surrounding an investigation by the now-defunct News of the World – the same newspaper and reporter that carried out the Lord’s 2010 sting – in which Malik was allegedly caught on video offering to potentially corrupt players and games.

The revelations and allegations from the sting were not part of the Justice Qayyum inquiry which banned Malik for life in 2000 – that inquiry and sentencing had taken place just before the tabloid sting.

The board has confirmed the receipt of Malik’s response and says it is under review. Although Malik had volunteered to clear his name when the PCB set up an integrity commission in the wake of the 2010 spot-fixing saga, he hadn’t, before Monday, responded to the PCB summons relating to the sting operation.

Last month, Malik re-emerged after a movement appeared to have begun urging the PCB to reintegrate him. The Qayyum report found him guilty of attempting to fix a Test match, before a Lahore sessions court lifted the ban in 2008. Shortly after that verdict, the PCB denied that it had offered him the post of head coach at the National Cricket Academy, a day after he said he had accepted an offer for the same. Since then, he had been largely off the grid.

“I have never been quiet, I wasn’t given ample coverage,” Malik said outside the Gaddafi Stadium after submitting his response to the PCB’s Security and Anti-corruption head. “I have been disheartened when my previous press conferences were under-reported, but now we have social media [which is] a good medium to be heard. Even if you guys [the media] are not coming to cover me, I can still record and make it viral on social media. I have become a grandfather now and I don’t like to be maligned every now and then on TV.

“I have submitted a detailed reply and the transcript they gave me was totally mala fide [in bad faith]. I’ve been fighting my case in courts for eight years and they [the PCB] never offered any such transcript [against him in court] ever. The Justice Qayyum report doesn’t carry any value and it was biased. So this is all lies against me and I have been suffering with injustice for long. I never criticise anyone in my statements […] they’re all great players who served the country with distinction. But at the same time, I also served Pakistan and won a lot games for the country and I deserve to be treated equally. I know there have been a lot changes at the helm in the last ten years but for now I hope for the best.”

Malik is one of only five Pakistan players to play over 100 Tests. He played 103 Tests and 263 ODIs for Pakistan from 1981 to 1999, but his career was ultimately overshadowed by the match-fixing scandal. In a judicial inquiry that began in 1998 and continued for 13 months, he was found guilty of attempting to bribe the Australia cricketer Mark Waugh to fix the 1994-95 Karachi Test.

Photo: Saleem Malik steps out of the Supreme Court (AFP)

More than 4,000 Jamaicans approved for re-entry

US Congress called upon to support GECOM’s declaration as final