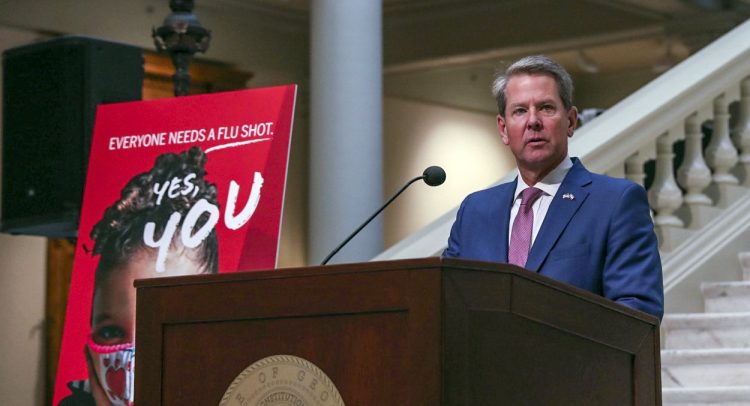 San Francisco will temporarily halt the reopening of additional activities and businesses planned for next week because of an increase in coronavirus case rates and hospitalizations, the city’s mayor and health director said Friday.

That includes expanding capacity for indoor dining at restaurants, and at places of worship and museums among other businesses, as cases increase not just in San Francisco but also in California and nationally, said Mayor London Breed and Director of Public Health Dr. Grant Colfax.

The number of infections is thought to be far higher because many people have not been tested, and studies suggest people can be infected with the virus without feeling sick.

The restrictions were announced Friday, on a day when the state Department of Health reported another 482 confirmed cases, and a daily test positivity rate of 3.3%.

She said state data is clear that the spread is being fueled by small, unstructured social gatherings where people let their guard down and stop wearing masks, and not in structured settings such as workplaces and schools. So she told residents to limit their social network to the same 10 people and avoid all nonessential activities, including parties, barbecues, baby showers and similar gatherings.

The goal of the new regulations is to disrupt schools and commerce as little as possible.

Hosts of parties and other gatherings that violate the 10-person limit are subject to a fine of $500 per guest over the limit. Spectators are banned from youth and school sports for two weeks. As of Monday, all skating rinks and indoor sports facilities will be required to close for one week while the state comes up with new safety protocols.

The rules around sports do not apply to colleges or pro teams.

DEWITT TOWNSHIP, Mich. — An entire police department north of Lansing is off duty because of the coronavirus.

DeWitt Township closed the department Wednesday due to some positive cases. Other officers and staff were told to quarantine, township manager Andrew Dymczyk said.

The department’s 18 employees include 15 officers, he said.

“We’ll reevaluate over the next few days,” Dymczyk said. “We’re very grateful for our neighbors helping us. They’ve all been great.”

The township, which has a population of 15,000, said anyone who came in close contact with a member of the police department between Oct. 14 and Oct. 27 should monitor their health.

Police in neighboring communities, as well as state police and Clinton County sheriff’s deputies, were available to respond to calls in DeWitt.

ATLANTA — Georgia Gov. Brian Kemp and his wife have gone into quarantine after being exposed to someone who tested positive for the coronavirus.

Spokesman Cody Hall says Kemp and first lady Marty Kemp had a coronavirus test, although he didn’t say if they’d received the results.

Georgia has had more than 350,000 confirmed cases of the virus. More than 7,900 people in the state have died after contracting the virus, according to data from the state Department of Public Health.

NAIROBI, Kenya — Kenya has joined the trial of the AstraZeneca coronavirus vaccine, which was developed with Oxford University.

The Kenya Medical Research Institute says the first of 40 volunteers have been vaccinated and all are frontline health workers. It says another 360 volunteers will be recruited once the vaccine’s safety is confirmed. All will be monitored for more than a year.

Trials of the AstraZeneca vaccine have been under way in South Africa, Brazil and other countries.

The African government have been outspoken about the need to carry out more vaccine trials on the continent of some 1.3 billion people.

The announcement comes as Kenya’s government says a second surge in coronavirus cases has begun in East Africa’s economic hub.

The seven-day rolling average of daily new cases in Nebraska increased the past two weeks from 724 on Oct. 15 to 891 on Thursday, according to data from Johns Hopkins University.

Nebraska has had 68,150 confirmed cases and 637 deaths since the start of the pandemic.

The tallies were reported a day after Gov. Doug Ducey defended his administration’s handling of the outbreak but warned “there is a storm ahead of us.”

The seven-day rolling average for daily cases rose in the past two weeks from 764 on Oct. 15 to 1,082 on Thursday, according to Johns Hopkins University data analyzed by The Associated Press.

The state Department of Health Services increasing the state’s totals to 244,045 cases and 5,934 deaths.

PRAGUE — The Czech Parliament will extend a state of emergency to Nov. 17 amid a record surge in coronavirus cases.

On Wednesday, the government imposed a nationwide curfew from 9 p.m. to 5 a.m. All stores must close on Sundays and employees in state and private companies are recommended to work from home. The government says it won’t reopen elementary schools as planned on Monday because the rising infections.

More than 7,000 people are hospitalized with the coronavirus, putting the health system under pressure.

BARCELONA, Spain — Hundreds have gathered in central Barcelona to protest the mandatory closure of bars, restaurants and other businesses in the latest effort to rein in the coronavirus.

Police have used batons to disperse protesters throwing stones and metal fences around Barcelona city hall. Some of the protesters removed their masks and shouted “This is theft! This is a scam!”

The northeastern Catalonia region has imposed some of the strictest measures, including closure of the hospitality industry, a 10 p.m. curfew and a ban on non-essential travel.

TARRYTOWN, N.Y. — A study testing an experimental antibody drug for the coronavirus has been paused to investigate a possible safety issue.

Regeneron Pharmaceuticals said Friday that independent monitors had recommended placing on hold enrollment of the most severely ill patients — those who need intense oxygen treatment or breathing machines — because of a potential safety problem and unfavorable balance of risks and benefits.

The study can continue to test the two-antibody drug combo in hospitalized patients who need little or no extra oxygen. Other studies in mild or moderately ill people also are continuing.

Earlier this month, a study testing a similar drug from Eli Lilly in hospitalized patients was paused and later stopped because the drug didn’t seem to help. Experts say previous testing suggests these antibody drugs may help most when given early in infection.

ROME — Italy added a record 31,000 confirmed cases of the coronavirus in 24 hours.

Rezza says any improvements from restrictions would take at least two-to-four weeks. This week, Italy closed restaurants, bars and cafes in the evenings and shut down gyms, pools, theaters and cinemas for 30 days.

LISBON, Portugal —Portugal is reporting a record 4,656 new infections in the last 24 hours.

The General Directorate for Health says there were 40 deaths and nearly 2,000 people sent to the hospital, with 275 in intensive care.

Northern Portugal and the Lisbon region are the hardest-hit areas, officials say, with coronavirus patients taking up more than 80% of beds in hospital wards and ICUs.

The government was consulting with opposition parties on possible new restrictions to contain the pandemic.

The health ministry reported five new deaths Friday, bringing the overall toll to 620. There’s been a total of more than 37,000 confirmed cases.

The Hague, Netherlands — The rolling average of daily cases in the Netherlands rose from 40 to 57 cases per 100,000 people from Oct. 15-29, according to a tally by Johns Hopkins University.

Meanwhile, the Dutch government says voting booths at municipalities across the nation will open for three days instead of one to allow people in coronavirus high-risk groups to cast their ballots safely for national elections in March.

PRISTINA, Kosovo — Kosovo registered a record 418 daily cases of the coronavirus on Friday.

The National Institute of Public Health says its eight times higher than two weeks ago.

Half the cases were in the capital of Pristina. There were four deaths.

Health authorities are reminding people to wear masks, wash their hands and respect social distancing to avoid a countrywide lockdown.

LONDON — A weekly survey by Britain’s statistics agency shows an average of nearly 52,000 daily coronavirus cases, an increase of nearly 50% in the most recent week.

The numbers are based on more than 600,000 swab tests taken from people with or without symptoms. It doesn’t include those in hospitals or care homes.

The highest rates were registered in areas in the northern England, where restrictions have been tightened the most.

There were 202 more deaths, 35 considered caused by COVID-19 alone. The Health Ministry says more than 15,400 people were hospitalized and more than 1,250 are on ventilators.

Nearly 7,700 hospital beds for COVID-19 patients and more than 520 ventilators are still available in the nation of 38 million, the ministry says.

Prime Minister Mateusz Morawiecki announced Friday that Poland’s cemeteries will be closed Saturday through Monday during the national holiday of visiting graves to lay flowers and light memorial candles.

Authorities are concerned about a possible spike in cases following street demonstrations against the recent tightening of the abortion law. A march is expected Friday in Warsaw, the second week of protests.

BERLIN — Germany’s health minister says when a vaccine for the coronavirus is ready, it will be equally distributed among all European Union member nations.

Jens Spahn told EU health ministers the plan is to wait for Phase 3 trials to be completed and organize fair distribution.

“All 27 member states, no matter how big they are, how small they are, what their GDP is will participate, and get doses from the very beginning proportional to their population size,” he says.

The German minister, who was in quarantine after testing positive for the coronavirus, has stressed comprehensive clinical trials are needed first. He says it must be “secure and safe, that is very important for acceptance.”

EU Health Commissioner Stella Kyriakides added a vaccine wouldn’t be a “silver bullet” that immediately ends the pandemic and people would need to maintain precautions.