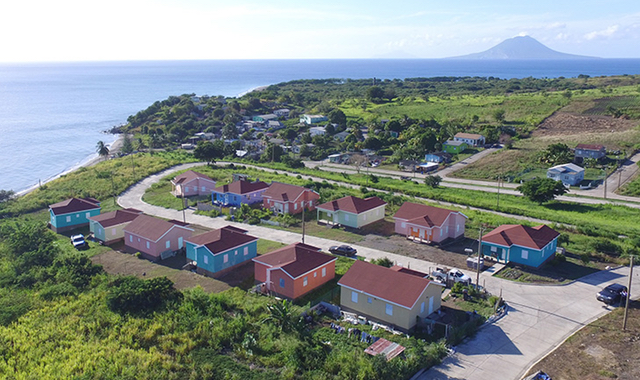 Sandy Point to get more land for housing

Richards was speaking at the Unity Town Hall meeting at the Community Centre in Sandy Point last evening, 6th March, 2018.

Ten houses are currently under construction by the National Housing Corporation (NHC), most near completion, but approval was granted for two other locations for the construction of houses in Sandy Point starting this year.

Given the demand for housing in the Sandy Point, however, Richards asked residents to be patient.

He told the audience, “I was speaking to someone from Lands and Surveys and the individual said to me… I am working on something for Sandy Point and that something is to ensure that other lands are made available to build more houses and distribute to the residents of Sandy Point.”

In addition, he revealed, “Recently in Cabinet we had the approval of even more land up in the Stadium View area, again for the people of Sandy Point.”

According to the Unity Housing Solutions Programme, NHC will supervise the construction of 300 affordable homes throughout St. Kitts for the benefit of people with small to modest incomes.

NHC indicated the the houses have bigger bedrooms and bathrooms, and carry small monthly payments, depending on household income. Under the programme, houses are also constructed for people who have land, yet need assistance to build.

Housing construction is a priority for the Team Unity Government, as it were under the previous administration.