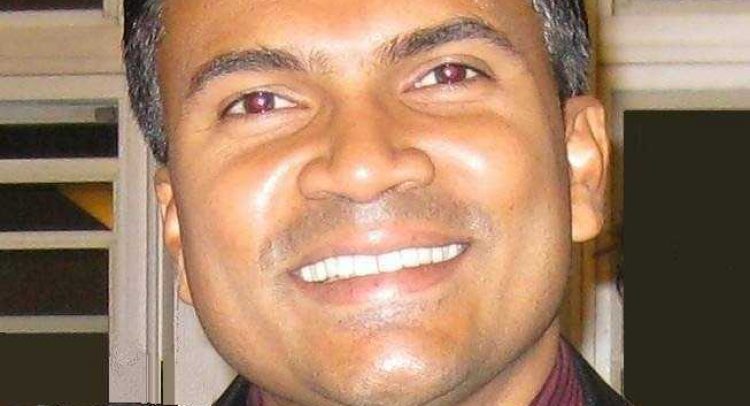 Andrea Bharatt’s death has hocked citizens out of their stupor.

Many had become immune to the devastating effect of heinous crimes, preferring instead to see about their safety, rather than become their brother’s keeper.

But since Bharatt’s death, an overwhelming surge of support has come from the average citizen in the form of protests, vigils, marches and petitions.

These events have occurred in over 96 communities in Trinidad mainly on the entire western side of the island, which is densely populated as well as areas such as Guayaguayare, Biche, Cedros and Toco.

Now that Bharatt has been laid to rest, questions are being asked as to why T&T seems to be failing at all levels of society.

The names of missing women, long forgotten, have been brought back to the fore. Cold cases have been reopened by Police Commissioner Gary Griffith.

Families of crime victims have been calling for a revamping of the criminal justice system, reform of the Constitution, enforcement of the Death Penalty, better training and resources for the Police Service and social intervention programmes to help citizens with parenting, mentoring and mental health.

These issues are being explored from the perspectives of experts on criminology, clinical psychology, psychiatry, history and even those mothers who have raised criminals.

Apart from the changes recommended by citizen activists, calls are also being made for better collaboration in the strategies of crime prevention.

Lecturer and coordinator of the Criminology Unit at the University of the West Indies, Dr Randy Seepersad believes an intervention at the stage of early childhood is necessary if T&T is to rise above the ongoing societal decay.

Seepersad, who has published literature on Gangs in T&T, Youth Violence and Delinquency and Crime in the Caribbean, said the prison system in T&T was breeding criminals.

But while these hardened criminals may most likely continue with their crimes, Dr Seepersad believes the focus should be on creating better family structures, improved parenting and providing socio-economic support systems to help children especially during the early stages of development.

“It is widely established in the criminological literature that persistent criminogenic behaviours have its roots in early childhood. That is supported empirically across the world. What makes or breaks a child is the first two or three years of life. During this time we have to ensure that the child is nurtured, given proper nutrition, there should be no toxins in the environment like drugs or cigarettes and most importantly, the child should have a cognitively enriched environment with positive experiences” Seepersad said.

He noted that a child, who grows up in a difficult environment, will most likely be influenced by a life of crime.

He said providing a cognitively enriched environment does not mean learning mathematics, alphabet and other academic pursuits at such a tender age, but rather it means exposing the child to new positive experiences.

“The unfortunate thing is we don’t have parent education, you have to guess or read books if you’re interested enough. Parenting is the most important thing that anybody will ever do and you’re never trained in terms of how to do it. The government certainly doesn’t intervene, very few employers will provide services that will assist parents and especially so in certain communities where there is a greater likelihood of violence in families,” he said.

Seepersad recommended special initiatives for single-parent families as well as a structured mentoring programme that will allow upright citizens to help teenagers and other youths in need of guidance.

He said religious organisations should go into communities and find vulnerable families.

“The ones who go to church, Mosque or Temples are the ones who most likely are on the right track but how many of these organisations go house to house in the communities and put systems in place to help those in need of spiritual guidance,” he added.

He also said there will always be “life-course-persistent offenders” who needs incarceration. But he said the prison system needed to be reformed so that those with minor crimes do not mix with hardened criminals.

Juvenile delinquents must be given special care, noting that a difficult childhood will influence what choices they make in life.

Clinical and community psychologist Dr Peter Weller believes social intervention programmes are needed but these must be evidence-based and coordinated collaboratively.

While a lot of work is already being done, Weller believes intervention programmes will be more effective if data is shared.

“Some parenting strategies of the past may not work today and parents need to know this,” he said. Weller said the stresses of today was making parenting even more difficult.

“Yes, parenting is a challenge, there is no one handbook. Our young people need attention, affection, structure and discipline especially now because of the influences of social media, peer pressure and popular culture. We have to balance that by walking the talk. Its a challenge with social media to create some kinds of norms so we definitely need more parental training,” he said.

He called also for workplace interventions to help parents who are dealing with the stresses of COVID-19.

Weller noted that parenting is different depending on the age of the child.

“Parents are the primary socialisation agent and it is all about building healthy relationships to prevent violence,” he said.

Saying there was a need for resocialisation but this must be a coordinated approach with all socialization agents.

He also called for changes in the justice system noting that police officers must keep pace with social norms.

“We have to go back to teaching skills building, teaching adolescents how to communicate and how to build peaceful relationships. This is urgently needed especially with the COVID pandemic.

While some work has been done with the establishment of the Gender-Based Violence Unit and the Victim Support Unit, Dr Weller said all social programmes by all institutions must be collaborative and streamlined.

History lecturer at the University of the West Indies, Dr Jerome Teelucksingh believes the outpouring of support for Andrea Bharatt is not going to bring about social change in people’s behaviours or attitudes.

“For many, the term ‘revolution’ signifies change…usually positive change. We have to remember that many of us are good at talking, pontificating to others and protesting but very few of us are brave enough and willing to risk our reputation, jobs or lives to undertake a serious revolution for change,” he said. He noted that any social revolution needs proper leadership, discipline, patience and core values. The question is – do we possess these ingredients for the recipe of a social revolution? “ he said.

A mother, whose son is facing a murder charge, told Guardian Media that she recognised where she went wrong.

“When you live in a crime-prone area overrun with gangs, you cannot protect your children. My son was pressured into joining a gang. He did not want to join but they told him they will kill him. We should have found somewhere else to live,” she said.

Her son who is charged with a 2014 murder is now languishing in prison, dependent on drugs.

She said there was no programme available to her to assist in dealing with the fallout of crime. Two of her children were killed and to date, she fears for her life.

Another parent whose son spent a decade in prison for fraud-related charges said poverty played a role in the failures of her son.

“I had to work two jobs and I think I neglected my children. It is my one regret,” she said.

Independent Senator Dr Varma Deyalsingh said socially when you look at the origins of crime, issues such as single parenting, child abuse, teenaged pregnancies, poverty and other social ills come into play. He said a teenaged mother must get assistance from the State while juveniles should be placed in mentoring programmes.

Key points raised to stop criminality and violence in T&T

5- Reform of the Education System

6- Reform of Prisons/ Rehabilitation for Prisoners

9- Establishment of Volunteer Homework Centres in all communities.

10- Training for Police in Crime Detection and Prevention

What will a new US policy on Yemen mean for Saudi relations?