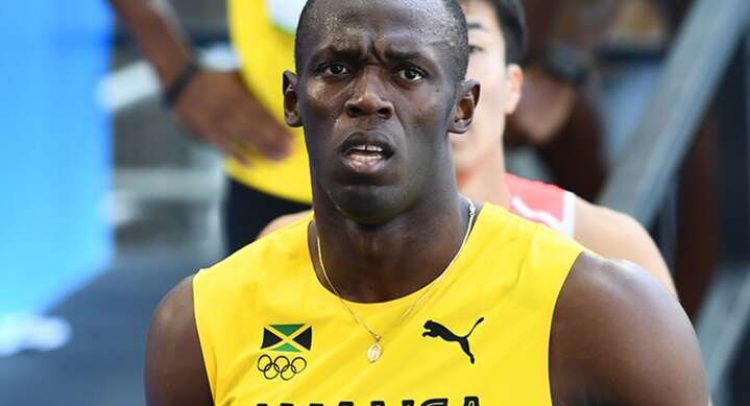 Lord Sebastian Coe, the president of World Athletics, believes Jamaican great Usain Bolt still has a lot to offer to the sport, but is convinced that international track and field is now in a better position than it was during the charismatic sprinter’s tour de force.

Bolt, who still holds world records in the 100m, 200m, and as a member of Jamaica’s 4x100m relay team, is one of the greatest athletes to ever compete in the sport. He ended his career with eight Olympic and 11 World Championships gold medals in one of the most dominant spells ever witnessed in athletics.

His performances on the track were only matched by his colourful and engaging off-track persona, which won the hearts of many within and outside athletics, transcending the Jamaican beyond the sport and catapulting him into global stardom as a point of cultural reference.

Coe went to lengths to underline Bolt’s importance and his impact on the sport, but believes the diversity among the current crop of stars and the performances that are being registered across the various disciplines, suggest that track and field has never been in a better position.

“We loved Usain. Those years were extraordinary years, he is the Muhammad Ali of our sport, but I think the sport is healthier now, for not just necessarily focusing on one person,” Coe told the Jamaica Observer.

“You know, meeting directors are not just building their meetings around one person. You’ve got a galaxy of stars that are really attracting the fans.

Coe made it clear that he thinks the Jamaican has a place in positioning the sport’s future and shared that this point has been brought across to Bolt.

“We know he has a role to play. We have engaged with him on this and in a way, it’s in large part about the amount of time he has to commit and how he would like to commit, but I can tell you the conversations we’ve had with him, we’ve left him in no doubt at all that there is always a place for Usain Bolt in our sport,” said Coe. “He’s a legend, he transcended our sport, and we would love him to be able to carve out some time to help us in various ways.”

He further pointed to his optimism on the future of international athletics, referencing current and upcoming top performers as the gatekeepers of the sport.

“I don’t think I’ve ever been more optimistic about the nature of the sport, and I’m optimistic for two reasons. One is we’ve got a breadth of talent now — this is a generational thing. You know, when you’ve got athletes like Karsten Warholm and Sydney McLaughlin, you’ve got Mondo Duplantis, you have the most extraordinary talent, young talent as well. And they are not just alone in their events. You know, they’ve got people like Rye Benjamin and Dalilah Muhammad chasing them wherever you look. So that is important,” Coe said.

“I think the other thing, too, is I’ve always felt a barometer, a good gauge for the health and vibrancy of our sport is what’s going on at the Under-20 level. I was in Nairobi last year for the World Under-20s and some of those performances were absolutely jaw-dropping. I have no reason to believe that when we get to Cali, Colombia, this year that this will be any different,” he added.

“And so not only have we got great young talent at senior level, we’ve got great talent coming through that, with a bit of luck and no injuries, will come through and do really well. On those two metrics, the talent that we’ve now got in the senior ranks and the talent coming through at the junior level, tells me that we’ve got some outstanding talent, and if you look at Erriyon Knighton and you look at Athing Mu, I mean, then, you know we’re in good shape,” Coe stated.

However, Maurice Wilson, one of Jamaica’s most celebrated coaches and the man who has led Jamaica’s teams to the Olympic Games and World Championships during Bolt’s heyday, is in disagreement with Coe’s sentiments, underlining his belief that track and field has lost out since Bolt hung up his spikes after the 2017 World Championships.

“I am not necessarily in agreement with the comments of our distinguished president of World Athletics. If you were to look at all the major sports, they all have someone of the calibre of Bolt. Tiger Woods in golf, the Williams sisters in tennis, Michael Schumacher in motor sports, Brian Lara in cricket, and I could go on and on. There is this attraction to persons who are outstanding, they bring a difference and because of that, there is more support and attention given to the sport,” said Wilson, principal of GC Foster College of Physical Education and Sport.

“When you talk about Bolt, he was different from most superstars. What he brought to the table was natural sportsmanship. The effects of Bolt not being around, in my opinion, and being around the sport before Bolt and after his retirement, it has been tremendous. It is as if you took out the heart of the sport with his absence and it will take a couple years to see a resolution to that,” said Wilson.

“It wasn’t just his world-record performances, it was his charisma, his natural ability to be a sportsman that made the difference. In every sport, there is always that central figure that makes the youngsters, parents, audiences get attracted to the sport. So I am not sure in what context that comment was made, everyone is entitled to their opinion, but I truly believe the impact Bolt would have had in track and field was obviously needed for the sport,” Wilson added.

Bolt’s social media following, brand awareness, and earnings from the sport far supersede that of any track and field athlete before or after him, and he remains an easily recognisable celebrity after his retirement in 2017.