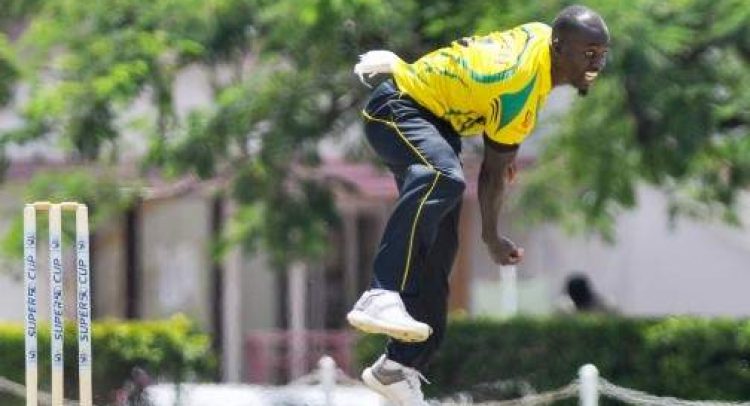 Pacer Derval Green, a senior member of the Jamaica Scorpions set-up, says he is happy to take up the mantle of guiding his less experienced teammates.

Green, 31, was one of the Scorpions top performers last season, excelling with bat and ball as the team finished third behind champions Barbados Pride when regional four-day cricket was curtailed prematurely due to the novel coronavirus pandemic.

“My role in the team is to be a leader in whatever department, especially the bowling department. I have to set an example as an experienced player and all-rounder; I can’t be reckless,” he told the Jamaica Observer in a telephone interview.

“I’ve always been a person who is there to lend whatever knowledge or information that I’ve acquired over the years of playing. I’m also open to gathering knowledge from others,” Green continued.

Green is considered by some as a late bloomer, given the potential he showed as an all-arounder from his days of youth cricket.

The skilful swing bowler, who has played 30 first-class matches, only made his four-day debut four years ago, though since then, he has been a mainstay in the Scorpions squad.

Before the virus — which causes the COVID-19 disease — cut short the four-day campaign in March, Green had captured 22 wickets from six matches at an average of 24.86.

Though not a physically imposing figure, he packs a punch, usually batting in the lower-middle order. He tallied 263 runs in 10 innings at 29.22, while notching two half-centuries.

He is preparing for another strong showing if, as Cricket West Indies (CWI) hopes, the new season can be started early next year.

“I want to resume from that platform I had last season. People who know me and know of my ability would say I should’ve been further than where I am, but I’m still grateful for the strides I’ve made. And each year playing for Jamaica — especially with the bat — I’ve seen where I’ve improved,” he explained.

“I’ve been away from it — not playing at all, so I’m looking forward to getting back out on the park. I just need to do some work, get fitter and stronger and also work on some finer details in the months leading up to the start of cricket.

“With the changing dynamic of what’s happening with the whole COVID-19 thing and the restrictions, you have to be proactive and you have to stay active,” Green said.

Green told the Observer he is not pressured by any thoughts of retirement, and instead will allow his performances to speak for themselves.

“I’m not the kind of person to put time on my career, or anything at all. I believe that your performance will keep you in any team, so if you can’t come up with the performances you won’t warrant a spot. I’m just taking it a step at a time and trying to improve, and most importantly, trying to stay fit,” he said.

Main photo: GreenI….I’ve always been a person who is there to lend whatever knowledge or information that I’ve acquired over the years (Photo: Observer file)