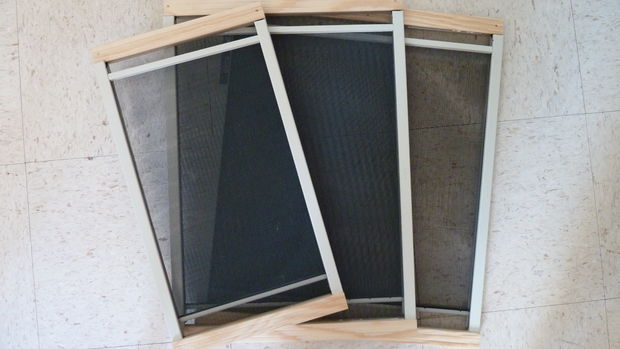 NINETEEN years ago, Wayne Nathan was working in the payroll department of a St Andrew construction company. In addition to crunching numbers for employees’ salaries, he helped estimate the price for window screens.

He also went out with workers and watched them install the screens on doors, windows and rails of homes, warehouses, and canteens. It was more challenging than accounting and seemed a more viable career option.

Today Nathan is head of Screens Unlimited, a company he started 18 years ago. He and a staff of six workers install and manufacture window screens that repel pesky insects and reptiles.

“I got into the business because I felt I could reach a lot of people in a tropical country like Jamaica,” Nathan told the Jamaica Observer.

Initially his clients were middle-class homeowners from St Andrew, but that base has grown to include the ‘average Joe’ as well as major companies like Tastee, Juici Patties and Bashco.

Over the years Nathan has learned that there is more to window screening than the name suggests.

“You have to be innovative to meet people’s requests, but at the same time everything has to be aesthetically pleasing,” he explained.

Nathan, who is in his mid-40s, fine-tuned his installation skills by ear. He said word of Screens Unlimited spread through word of mouth, mainly in St Andrew where it is based, before spreading to rural parishes like St James.

“The workload has increased 50 per cent. Sometimes we have three jobs a day,” he said.

Window screens in Jamaica were once installed and manufactured by major companies and private contractors, but in the last 10 years there has been a surge in independent players like Screens Unlimited.

Nathan believes a life-threatening disease that hit Jamaica four years ago is responsible for the local window screen industry taking off.

“After the CHIKV (Chikungunya) outbreak, things have become really competitive,” he said.

Chikungunya, a mosquito-borne viral disease, struck Jamaica in August 2014. According to statistics from the Ministry of Health, approximately 5,180 cases of CHIKV-related illnesses were reported in Jamaica at the end of 2015.

In its wake, people began reinforcing their homes to prevent the mosquito onslaught.

As in countries like the United States, Canada, Australia and Brazil, homeowners and companies use diverse styles of window screening.

Retractable screens and sliding screens are some of the formats Screens Unlimited offers, using material ranging from metal to aluminium, fibreglass, and nylon.

Wayne Nathan opines that as Jamaicans become more environmentally aware, their knowledge impacts their lifestyle, which includes protecting themselves and families.

That awareness, he noted, is evident in his clients’ growing knowledge of window screening.

“Most of them know exactly what they want, so we build screens how they want and to the precise measurement. At the same time, we share our expertise on what is right for the project,” he said.