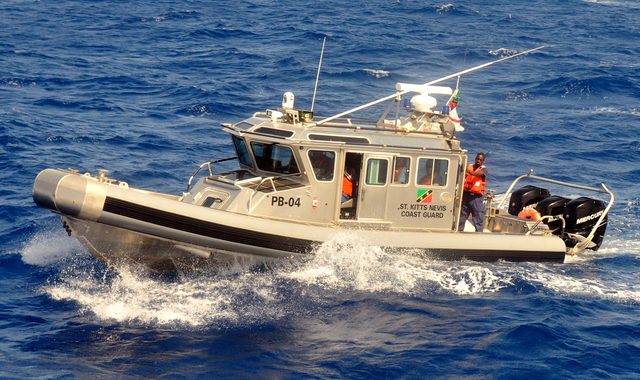 Search on for missing men

Vernon Pemberton of New Road and Hayden Langley of Buckleys were reported missing, when Pemberton’s co-workers informed the Fisheries Department that he had not turned up for work after going on the fishing excursion over the weekend.

Pemberton was last seen by his family on Sunday, 3rd June, shortly after midday. Pemberton and Langley were reported missing to the Police on Tuesday morning, 5th June.

Police and the Fisheries Department both informed the Coast Guard about the missing men.

Meanwhile, the Fisheries Department handed over to the Police several items identified as belonging to Pemberton. The items were found at sea by another fisherman.

On Tuesday, the Coast Guard conducted a day-long search operation that included three search areas: one south of Nevis; and two near Redonda down to the St. Eustatius channel.

The Coast Guard has also asked for assistance from within the region. As a result of that request, two fly-over searches were done by the Maritime Rescue Coordination Centre based in Martinique.

The neighbouring Dutch islands have also planned fly-over exercises for this week.

Notification of the situation was sent to the Department of Maritime Affairs as well. That entity has asked vessels passing through the identified areas to look out for debris, a submerged vessel of persons in distress.

If anything is found in relation to the case, they have been asked to report it immediately.

Police investigations into the matter will continue. If anyone has any information regarding the whereabouts of these two men, you are asked to contact the Criminal Investigation Department at the Basseterre Police Station by dialing 465-2241, or contact your nearest Police Station.