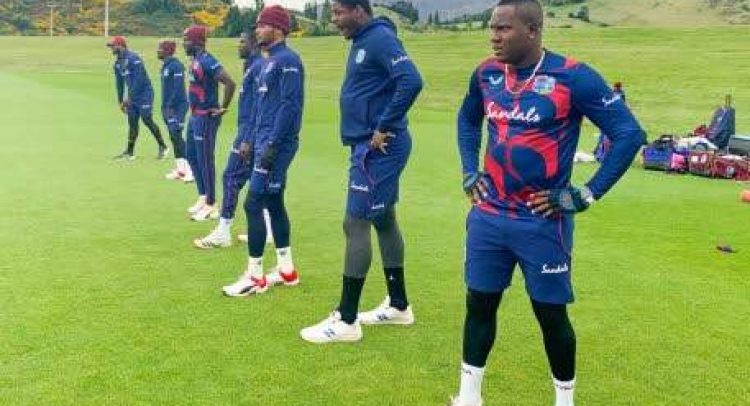 CHRISTCHURCH, New Zealand (CMC) — Tests on a group of 10 West Indies players and support staff — including Test Captain Jason Holder and Twenty20 International Captain Kieron Pollard — currently enduring managed isolation for the COVID-19 virus on the Tour of New Zealand, have all been returned as negative.

New Zealand Cricket, the governing body for the sport in the country, made the announcement in a media release yesterday that the second of three tests, which the group must undergo before being released from quarantine, showed no adverse findings.

The group, which also includes players such as T20I Vice-Captain Nicholas Pooran, fellow left-handed batsman Shimron Hetmyer and all-rounder Keemo Paul, will have their final tests on day 12 of their stay in the quarantine facility.

Results permitting, the group will leave managed isolation next Thursday,, one day before the Windies face the Blackcaps in the first Twenty20 International at Eden Park in Auckland.

The players and support staff in isolation and the outcome of the tests have come into sharp focus again, after New Zealand health officials prevented an advance group of the Windies from training last week because members of the squad had flouted strict protocols in place at the managed isolation facility.

There was no indication that any of the members of the advanced group of the Windies squad left or had contact with anyone outside of the managed isolation facility in which they had been confined after they arrived in the country almost three weeks ago.

Players in the advance group were reportedly caught on camera sharing food and socialising in the facility, which was against the strict rules of managed isolation in place in the country.

The news of the second negative test will come as a great relief to the current group players and support staff in quarantine because they can begin to count down the days until they can leave the facility to join the rest of the Windies squad.

This will allow them greater freedom of movement to train and prepare for their series of three T20Is and two Tests against the Blackcaps, and the ability to freely mix with the general population in the country.

The advanced group of the Windies squad travelled last Friday to the southern island city of Queenstown, where they are currently engaged in a three-day match against New Zealand “A”, at John Davies Oval.

Grammy nominations to be announced next Tuesday