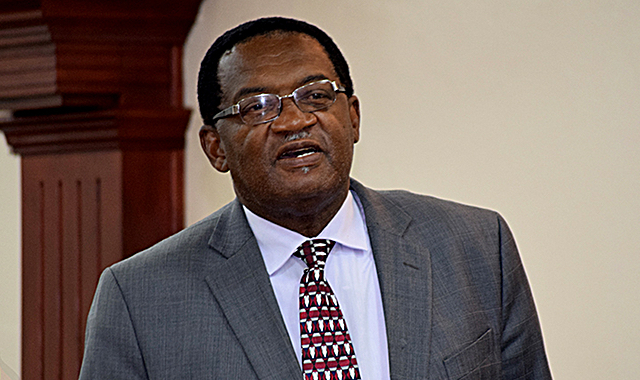 Basseterre, St. Kitts, 29th March, 2018 (MyVueNews.com) – A resolution to establish a Select Committee to review the Standing Orders of the National Assembly of St. Kitts & Nevis, was approved, while one member of the opposition expressed concerns.

The resolution was passed during the abbreviated sitting of the National Assembly on 28th March, 2018.

Serving on the committee will be Vance Amory, Patrice Nisbett, Konris Maynard, Speaker Michael Perkins and Eugene Hamilton, as chairman.

The resolution was introduced by Leader of Government Business Eugene Hamilton, who explained that it was in response to a statement made by Speaker Michael Perkins about improving the rules that govern the operations of parliament.

During his presentation, Hamilton said, “In pursuing that objective Mr. Speaker, you sought advice from the Parliament and you wrote to the parties represented in this Honourable House and obtained support from both sides of this Honourable House in recommending persons to form part of the Select Committee to pursue the objectives that you outlined.”

He pointed out that the Select Committee will be responsible for reviewing the rules, examining where they need to be improved, looking at how they can clarify the language used for those rules and determining how those rules ought to be applied.

Hamilton informed, “The outcome from the discussions and discourse from the committee returns to this Parliament for amendment to the legislation, because we are not just making up rules in isolation. Rules are made up in conjunction with the National Assembly Elections Act, so it comes right back to the Parliament for there to be debate and for there to be amendment, if any, to the National Assembly Elections Act.”

Opposition Member of Parliament Senator Nigel Carty said he believes there was nothing fundamentally wrong with the existing rules, although he welcomed the opportunity to enhance them. He said, however, that what was an issue for the opposition is the interpretation and application of the existing rules.

Although wanting to go further, the Speaker intervened to indicate that it was not an appropriate time to debate the resolution, and that opportunity will come later on the submission of the Committee’s report to the National Assembly.

(Photo: Eugene Hamilton, the leader of Government Business in the National Assembly of St. Kitts and Nevis.)