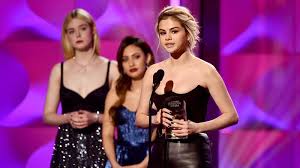 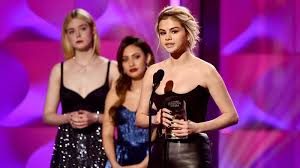 Selena Gomez has a message for the trolls who insist on having an opinion on her vacation pictures: give it up.

Unauthorized photos of Gomez on vacation recently made rounds on the internet and social media, prompting commentary on the singer’s figure.
Without addressing the comments directly, Gomez posted a body-positive message on Instagram, accompanied by her own footage from her seemingly joy-filled getaway.
“The beauty myth – an obsession with physical perfection that traps modern woman in an endless cycle of hopelessness, self consciousness, and self-hatred as she tries to fulfill society’s impossible definition of flawless beauty,” the singer wrote. “I chose to take care of myself because I want to, not to prove anything to anyone.”
Gomez, a producer on Netflix’s “13 Reasons Why,” had a tough 2017. She had a kidney transplant, found herself back in the tabloids after being spotted spending time with ex Justin Bieber, and continued to struggle with depression and anxiety.
But, she recently told Harper’s Bazaar, she’s been putting herself first.
“I think it’s a battle I’m gonna have to face for the rest of my life, and I’m okay with that because I know that I’m choosing myself over anything else,” she said. “I’m starting my year off with that thought. I want to make sure I’m healthy. If that’s good, everything else will fall into place.”
Share this article:
Previous Post