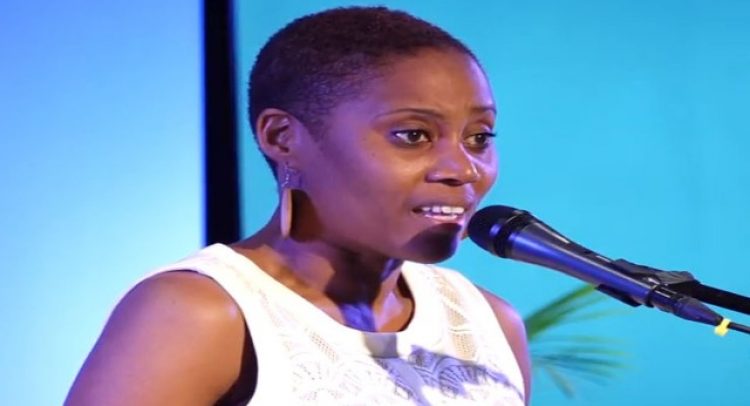 “I am honoured that this Team Unity Administration have decided that I am the one who they think would best serve the people of West Basseterre,” said Senator Byron-Nisbett Friday evening May 22 in a manifesto statement at a Team Unity Stronger, Safer Future Virtual Election Campaign Launch 2020 where she was launched as Team Unity’s candidate for St. Christopher Three in the June 5 General Election.

Senator Akilah Byron-Nisbett, who held the position of Deputy Speaker in the recently dissolved National Assembly, is the Deputy National Political Leader of the Peoples Labour Party (PLP), one of the three parties in the Team Unity political coalition.

“I stand here before you tonight offering myself to the people of West Basseterre, a people who deserve proper representation,” said Senator Byron-Nisbett. “A strong proud community of West Basseterre who have lobbied and fought and have been there all along for someone else, somewhere else, but never got the treatment they deserve. This is the time – the time is now and the representation that you have been looking for is right here.”

Of the eleven Team Unity candidates for the June 5 General Election, three are from the Peoples Labour Party. Prime Minister and PLP National Political Leader, Dr the Hon Timothy Harris, is defending his St. Christopher Seven seat, while newcomer Mr Kevin ‘Ninky’ Williams for St. Christopher Six is the other PLP candidate.

“I am running in this election to continue the progress our Federation has made, to ensure that West Basseterre gets its fair share,” said Senator Byron-Nisbett.

She reminded the people of West Basseterre that Team Unity has done so much for them in the last five years, as it believes that people come first. She added: “This is an administration that continues to lead the charge on behalf of the most vulnerable in our communities, and that is why I have decided that this is the team that is right for me.”

Since she was named Caretaker for the West Basseterre Constituency, she would have accomplished a lot for the people, including the road in Garvey’s, road in Mattingley, Boyd’s play field, street lights in West Farm area, and fixing of the roof at the Dr Williams Connor Primary School fixed.

Other of her achievements include ensuring that many homes whose total income is less than $3,000 a month were enrolled for the Poverty Alleviation Programme, 40 houses were built in the West Basseterre area when it was meant to get only 25, and ensured that lands in West Basseterre were given to people in West Basseterre.

“Even though I have not had the honour of being your real representative in Constituency Number Three, I get a lot of things done, and I am only the Caretaker,” she told the largely virtual audience that watched and listened via the various social media platforms. “So just imagine what would happen when you have me to sit in that seat as your elected representative.”

She appealed to the people of West Basseterre to lend her their vote for the next five years to allow her to prove to them how she can deliver for them.

1: Senator Akilah Byron-Nisbett as she made an appeal to the people of West Basseterre during the Team Unity Stronger, Safer Future Virtual Election Campaign Launch 2020 on Friday May 22.

2: Saturday March 23, 2019 when Senator Byron-Nisbett opened her constituency office at the CMR Building in the Lime Kiln Industrial Park. She is seen leading persons including Prime Minister Harris to the new office.

3: Meeting the constituents of Constituency Number Three during a house-to-house session. Senator Akilah Byron-Nisbett visits and engages a constituent.