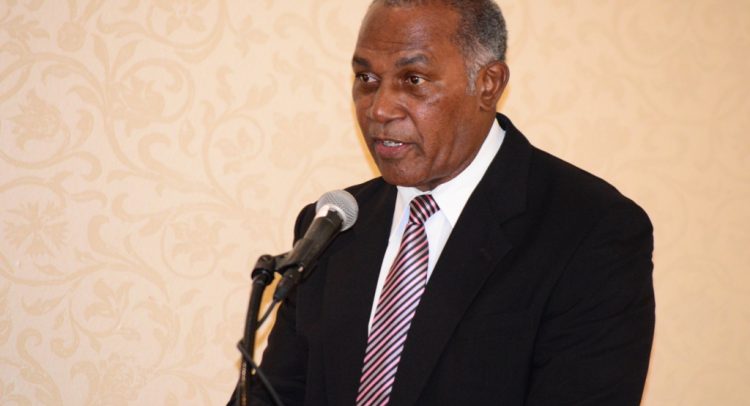 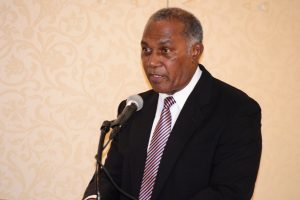 Basseterre, St. Kitts, July 12, 2018 (SKNIS): Senior Minister, the Honourable Vance Amory, echoed his delight with the initiative taken by the Government of St. Kitts and Nevis to sensitize public officials with the Integrity in Public Life (IPL) Act, which he described as extremely important. The forum to sensitize public officials who would be impacted by the IPL Act took place at the St. Kitts Marriott Resort on July 12.

“It is a necessary for us to have this Act, Integrity in Public Life explained, have it enunciated, and have it set in the context which we want to govern our behaviour as people in our small developing country of St. Kitts and Nevis,” said the senior minister. “It requires us to so perform our duties, to accept our responsibilities, so that when we make a decision or we serve the public and interface with them, that they can see that they can trust us and that what they are getting is good, reliable and efficient service.”

Minister Amory said that this Act speaks to the government’s thrust to ensure that there is transparency at all times.

“It is incumbent as the government of the last three years having campaigned in large measure on the issues of transparency, integrity in public life and openness in the way we do business as a government, that we operationalize this Act so that all of us in St. Kitts and Nevis could understand what the parameters are for governing our behaviours and our actions as we perform the duties as public servants,” said Minister Amory.

The senior minister explained that as public servants the Act further reinforces what is already in place, and that is to act in an ethical manner. He expounded on integrity as it is the keyword in the title of the Act.

“Integrity talks of wholeness… that is what is expected of all of us, that we act in a way which when our work is examined it shows that we have acted in accordance with the rules, with the law and that we have not broken an iota of the law or the rules which govern how we function, so that our work could be held up as an example of our own integrity and our own professionalism,” said the senior minister.

A public official has the duty to take all necessary action to comply with the provisions of the Code of Conduct; he or she should carry out his or her duties in accordance with law, and with lawful instructions and ethical standards which relate to his or her functions; a public official shall be honest, impartial and efficient and shall perform his or her duties to the best of his or her ability with skill, fairness, understanding, having regard only for the public interest and the relevant circumstances of the case; and he or she shall always conduct himself or herself in such a way that the public’s confidence and trust in the integrity, impartiality and effectiveness of the public service are preserved and enhanced.